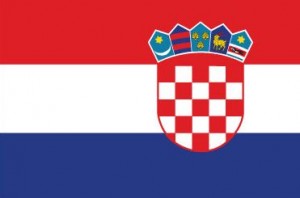 Croatia, officially known as the Republic of Croatia, is a parliamentary democracy situated in Southeastern Europe, bordering the Adriatic Sea. With a total area of 21,851 square miles, Croatia is slightly smaller than West Virginia. By surface, Croatia is the 127th largest country in the world. Croatia is home to approximately 4.4 million people and has a density of 196.3 inhabitants per square mile, making it the 124th most populous country in the world. Zagreb is the capital and the largest city in Croatia, with a population of about 1.1 million people and a density of 770 inhabitants per square mile. 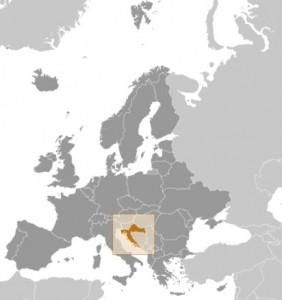 Until the end of World War I, the land that today comprises Croatia was part of Austro-Hungarian Empire and in 1918, the Croats, alongside Serbs and Slovenes formed the kingdom that after 1929 was known as Yugoslavia. Yugoslavia became a federal Communist state after World War II, under Marshal Tito‘s rule and in 1991 it became independent from former Yugoslavia. Even so, it took four years for Serb armies to leave Croatian lands. When the army left, it took with it a majority of Croatia’s ethnic Serb population. Croatia is now a member of the North Atlantic Treaty Organization (NATO), which it joined in 2009, and of the European Union (EU), which it joined in July 2013. 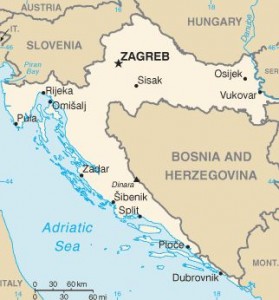 Located in Southeastern Europe, Croatia controls most land routes from Western Europe to Aegean Sea and Turkish Straits. To the northeast, it borders Hungary, to the east Serbia to the east, to the southeast Bosnia and Herzegovina and Montenegro, to the southwest the Adriatic Sea, and to the northwest Slovenia. With a total area of 21,851 square miles, Croatia is the 127th largest country in the world. Divided into 20 counties and one city with special county status (Zagreb), Croatia’s climate is Mediterranean and continental, which means that summers are hot and winters are cold.  Along the cost, the summers are dry and the winters are mild. The terrain is geographically diverse, with low mountains and highlands near Adriatic islands and coastline and flat plains along Hungarian border. The lowest point in Croatia is the Adriatic Sea, while the highest peak is Dinara (6,007 feet). Croatia has natural resources like some coal, oil, low-grade iron ore, gypsum, bauxite, calcium, silica, natural asphalt, mica, hydropower, salt, and clays. Destructive earthquakes are frequent in Croatia, as well as environmental issues like air pollution (from metallurgical plants) and resulting acid rain, which is damaging the forests. Croatia is also a victim of coastal pollution from landmine removal and reconstruction of infrastructure consequent to 1992-95 civil strife and industrial and domestic waste. 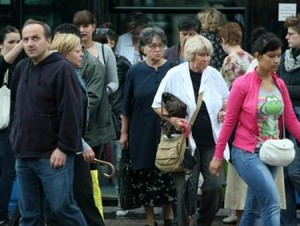 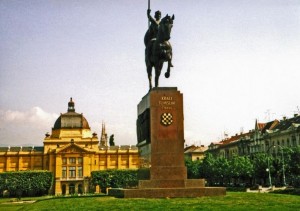 Zagreb is the capital and the largest city in Croatia, with a total population of 1,107,623 people and a density of 770 inhabitants per square mile. Situated in northwest Croatia, along the Sava river, Zagreb is the economic, political, and cultural center of Croatia and the only city in Croatia boasting a population in excess of one million people. The next largest cities in Croatia are Rijeka – 213,666 people, Split – 167,121 people, Osijek – 119,647 people, and Zadar – 75,082 people. 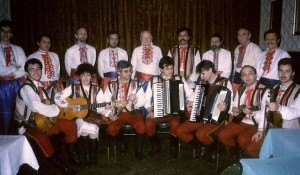 Being the most homogeneous country of the six states that formed the former Yugoslavia, the dominant ethnic group in Croatia are Croats, accounting for 90.4% of the total population, as stated by the 2011 census. In Croatia also live Serbs, accounting for 4.4%, and other minority groups – Hungarians, Germans, Bosniaks, Czechs, Italians, Slovenes, Romani people and others – accounting for 5.9% of the total population. A 2001 census showed that there were 89.6% Croats, 4.5% Serbs, and 5.9% other minority groups like Hungarians, Bosniaks, Czechs, Slovenes, and Romani people. 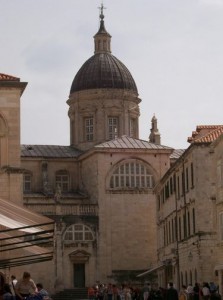 The dominant religion in Croatia is Roman Catholicism, practiced by 86.3% of the total population, who observe Catholic customs, holidays and rituals with much enthusiasm. The next largest minority religious group is constituted by Atheism or Agnosticism, accounting for 6.7%. Orthodoxy accounts for 4.4%, Islam for 1.5%, Protestantism for 0.3%, and others and unspecified for 0.4%. Adversely, the 2001 census revealed that in Croatia there were 87.8% Roman Catholic, 4.4% Orthodox, 0.4% other Christian, 1.3% Muslim, 0.9% other and unspecified 0.9%, and 5.2% none. According to the 2013 Yearbook of Jehovah’s Witnesses, almost 5,600 of their members worship peacefully in Croatia in 66 individual congregations. 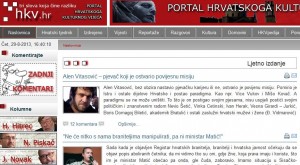 Croatian is the official language of Croatia and, starting with 2013, when the country joined the European Union, it is also one of the 24th official languages of the EU. According to Croatian Constitution adopted in December 1990 and revised in 2010, Croatia recognizes minority languages in local government units when more than one third of population is of national minorities or where the population is defined so by the local legislation. The minority languages spoken in Croatia are Czech, Hungarian, Italian, Ruthenian (Rusyn), Serbian, and Slovakian. The 2011 census showed that 95.6% of the Croatians reported that Croatian is their native languages and 1.2% said that Serbian is their native languages. No other language has more than 0.5% native speakers. As for the 2001 census, 96.1% were speaking Croatian back then, 1% Serbian, and 2.9 other languages, including Italian, Hungarian, Czech, Slovak, and German. As for foreign languages, English is the most used – 49% of Croatians speak English, while German is spoken by 34%. Croatians also speak Italian (14%), French (4%), Russian (4%), and Spanish (2%). 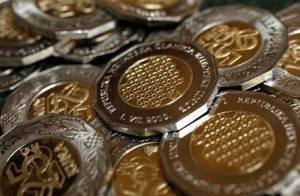