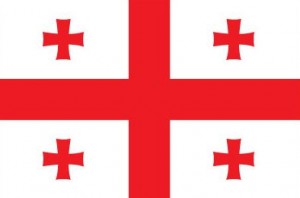 Georgia is a sovereign state in Southwestern Asia, bordering the Black Sea, between Turkey and Russia, with a sliver of land north of the Caucasus extending into Europe. Even though it is located in Asia, Georgia views itself as part of Europe. With a total area of 26,911 square miles, Georgia is slightly smaller than South Carolina. By land mass, it is 121st largest nation in the world. Georgia is home to approximately 4,500,000 people, has a density of 169.3 inhabitants per square mile, and it’s the 122nd most populous state on Earth. Unlike other countries, Georgia has two capitals: an official one – Tbilisi, and a legislative one – Kutaisi. 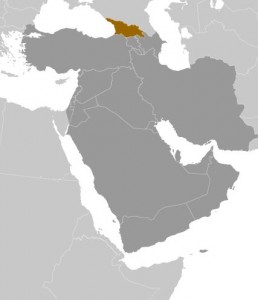 Situated on the land of ancient kingdoms of Colchis and Kartli-Iberia, Georgia was conquered and dominated by Persians, Arabs, Turks, and in 1236 by the Mongols. Furthermore, the Ottoman and Persian empires competed for influence in the region. In the 19th century, Georgia was absorbed into the Russian Empire. Later, in 1921, the territory was forcibly incorporated into the USSR. Georgia became independent in 1991, when the Soviet Union dissolved. However, Georgia and Russia had periodic flare-ups in tension and violence. One example is the five-day conflict in August 2008, when the Russian troops invaded large portions of undisputed Georgian territory. In late August 2008, Russia unilaterally recognized the independence of both Abkhazia and South Ossetia, and Russian military forces remain in those regions. Georgia is often confused with the American state of the same name. Being a semi-presidential republic, according to the Constitution adopted on 24 August 1995, Georgia is ruled by President Mikheil Saakashvili and by Prime Minister Bidzina Ivanishvili. 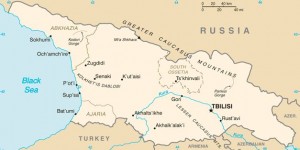 Georgia is divided into nine regions (Guria, Imereti, Kakheti, Kvemo Kartli, Mtskheta-Mtianeti, Racha-Lechkhumi and Kvemo Svaneti, Samegrelo and Zemo Svaneti, Samtskhe-Javakheti, Shida Kartli), one city (Tbilisi), and two autonomous republics (Abkhazia and Ajaria). Strategically located east of the Black Sea, it controls much of the Caucasus Mountains and the routes through them. Bordered by Armenia, Azerbaijan, Russia, and Turkey, Georgia has a total area of 26,911 square miles, making it the 121st largest country on Earth. The climate is warm and pleasant overall, and Mediterranean-like on Black Sea coast. Georgia is largely mountainous with the Great Caucasus Mountains in the north and Lesser Caucasus Mountains in the south. Kolkhet’is Dablobi (Kolkhida Lowland) opens to the Black Sea in the west, the Mtkvari River Basin in the east, while good soils in river valley flood plains, foothills of Kolkhida Lowland. The lowest point in Georgia is the Black Sea, while the highest peak is Mt’a Shkhara (17,037 feet). Georgia’s natural resources are timber, hydropower, manganese deposits, iron ore, copper, and oil deposits. Coastal climate and soils allow for important tea and citrus growth. The country is a victim of earthquakes and other environmental issues like air pollution, particularly in Rust’avi, heavy pollution of the Mtkvari River and the Black Sea, inadequate supplies of potable water, and soil pollution from toxic chemicals. 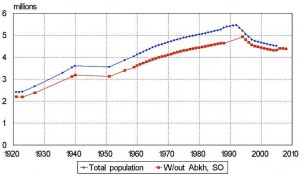 Georgia has a total population of 4,555,911 people and a density of 169.3 inhabitants per square mile, being the 122nd most populated nation in the world, according to a 2013 estimate provided by CIA World Factbook. The last census of the Georgian population took place in 2002 and showed that approximately 1.5 million Georgian nationals have left the country since 1990. On the other hand, a 1989 census states that at least one million immigrants from Georgia legally or illegally reside in Russia. The net migration rate is of -3.86 migrant(s)/1,000 population. As of 2013, the population growth rate is 0.33%. Life expectancy at birth of the total population is of 77.51 years, 74.17 years for males and 81.17 years for females. Birthrate is of 10.72 births/1,000 population, death rate is of 10.17 deaths/1,000 population, and sex ratio of the total population is of 0.91 male(s)/female. According to the projections made by the World Bank, Georgia’s population will decrease to 3.8 million people in 2030. 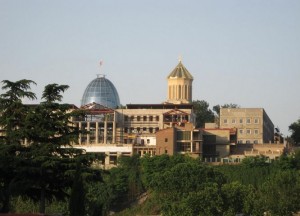 Tbilisi is the official capital and the largest city in Georgia, while Kutaisi is the legislative capital. Tbilisi, located in South Caucasus and officially known as Tiflis, is home to 1,485,293 million people and has a density of 5,300 people per square mile. On the other hand, Kutaisi, the legislative capital and the capital of the western region Imereti, is Georgia’s second largest city, with a population of 194,171. The next largest city in Georgia is Batumi, with a population of 180,000 people, Rustavi with 122,500 people, and Zugdidi with 75,900 people.

Ethnic Georgians are the dominant ethnic group in Georgia and account for 84% of the total population, according to a 2006 estimate. On the other hand, the 2002 census shows that Ethnic Georgians account for 83.8%. Other important ethnic groups in Georgia are Azeri (Turkic) who account for 6.5%, Armenian – 5.7%, Russians – 1.5%, and others – 2.5%, which include Abkhazians, Belarusians, Bulgarians, Estonians, Germans, Greeks, Jews (the Jewish community living in Georgia is one of the oldest in world), Moldovans, Ossetians, Poles, Turks and Ukrainians. 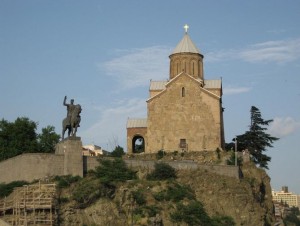 Christianity is the official and the dominant religion in Georgia, practiced by 83.9% of the total population, in accordance to the 2002 census. Georgia’s religious minorities include Muslim, with 9.9% adherents of the total population, Armenian-Gregorian – 3.9%, and Catholic – 0.8%. 0.8% of those recorded in the 2002 census declared themselves to be adherents of other religions, while 0.7% declared to be non-religious. The Georgian Orthodox Church bitterly opposes missionaries of other faiths and have waged particularly brutal persecution against Jehovah’s Witnesses. 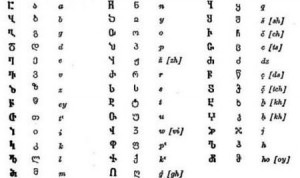 The official language of Georgia is Georgian, spoken by 71% of the population, while Abkhaz is the official language in the autonomous region of Abkhazia. The Kartvelian family is the most widespread language group and includes Georgian, Svan, Mingrelian and Laz. 9% of the Georgians speak Russian, 7% of them speak Armenian, 6% – Azeri, and 7% other languages. 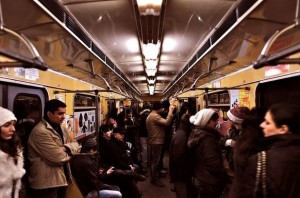 With an economy based on the cultivation of agricultural products such as grapes, citrus fruits, and hazelnuts, mining of manganese, copper, and gold, and output of a small industrial sector producing alcoholic and nonalcoholic beverages, metals, machinery, and chemicals, Georgia’s GDP was of $27.11 billion in 2012. The GDP slowed due to the conflict with Russia in 2008 and managed to rebound only between years 2010 and 2012, when the economic growth rate reached 6.5% in 2012. Despite all these foreign direct investment (FDI) inflows, the engine of Georgian economic growth prior to the 2008 conflict, have not recovered fully, neither the unemployment rate, which has also remained high at above 15%. With a GDP per capita of $6,000, 9.2% of the total population of Georgia lives below World Bank’s poverty line. Georgia’s long term challenge remains the renewed growth and in order to achieve this goal is determined to continue to liberalize the economy by reducing taxes, regulation, and corruption in order to attract foreign investment, with a focus on hydropower, agriculture, tourism, and textiles production.