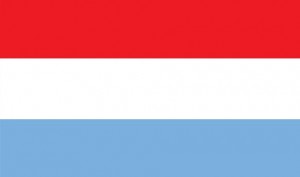 Luxembourg, officially the Grand Duchy of Luxembourg, is a landlocked country located in western Europe. Bordered by Belgium, France, and Germany, Luxembourg has a total area of 998.6 square miles, which makes it the world’s 179th country by land mass. Also, the Duchy is home to a little over half a million inhabitants and ranks 173rd among the world’s countries and independent territories by population. The nation’s capital and largest city is Luxembourg, with about 100,000 residents. 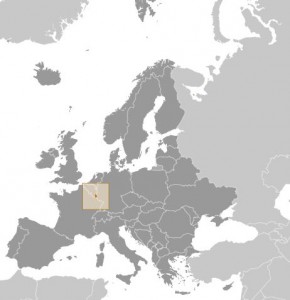 The history of Luxembourg begins in 963 with the acquisition of Lucilinburhuc (the Luxembourg Castle) through an exchange act with the abbey of St.Maximin in Trier. The town gradually developed around the fort and became the center of a state of great strategic value. In 1437, the House of Luxembourg sold the territory to Philip the Good of Burgundy and was later occupied by the Bourbons, Habsburgs, Hohenzollerns and the French. Luxembourg became a Grand Duchy and gained independence from the French Empire in 1815 following the Treaty of Paris but it was only in 1839 when its full independence was established by First Treaty of London.

During World War I, Luxembourg was invaded and occupied by Germany, but was allowed to maintain its independence. During World War II, Luxembourg was again invaded by Nazi Germany and was unable to maintain its policy of neutrality, being annexed to the Third Reich in 1940. Luxembourg was liberated in 1944 and became a founding member of the United Nations a year later, and of the North Atlantic Treaty Organization (NATO) in 1949. In 1957, Luxembourg became one of the six founding countries of the European Economic Community (later the European Union), and, in 1999, it joined the Euro Area, adopting the Union’s currency. 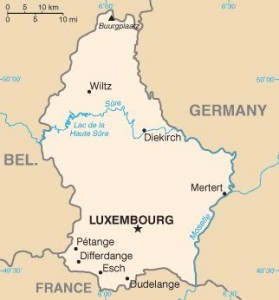 Slightly smaller than Rhode Island, Luxemburg has total area of 998.6 square miles and ranks 179th among the world’s countries and dependent territories. The Grand Duchy has 223 miles of land boundaries, of which 92 miles are shared with Belgium, 86 miles are shared with Germany, and 45 miles are shared with France. More accurate, Luxembourg borders the German Bundesländer of Rhineland-Palatinate and Saarland to the east and the French région of Lorraine to the south, and the Belgian Walloon Region, including the province of Liege.

Luxembourg consists of two main regions: the Oesling in the north as part of the Ardennes massif, and the Gutland in the south. The highest point in Luxembourg is Kneiff, with 1,837 feet. The country has an oceanic climate, which is marked by wet late summers. According to the 2012 Environmental Performance Index, Luxembourg is one of the world’s best performers in environmental protection, ranking 4th out of 132 assessed nations. 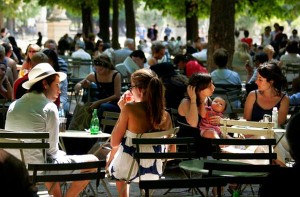 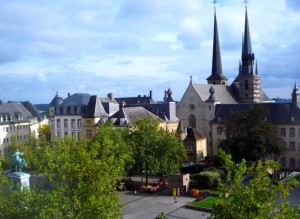 Luxembourgers make up the largest ethnicity group in the Grand Duchy of Luxembourg, accounting for about 63 percent of the total population. The foreign population consists of Portuguese (13.3 percent), French (4.5 percent), Italian (4.3 percent), and German (2.3 percent). Other immigrants are known to have come from Belgium, Bosnia & Herzegovina, Serbia, Montenegro, as well as other European countries. 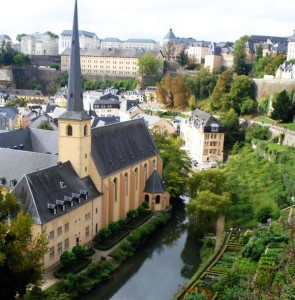 Even though its a secular state, Luxembourg recognizes certain religions as officially mandated religions, including Roman Catholicism, Judaism, Greek Orthodoxy, Anglicanism, Russian Orthodoxy, Lutheranism, Mennonitism and Islam. 87 percent of the population is Roman Catholic, including the royal family. According to Eurobarometer poll, 44 percent of Luxembourg citizens responded that “they believe there is a God”, whereas 28 percent answered that “they believe there is some sort of spirit or life force” and 22 percent that “they do not believe there is any sort of spirit, god, or life force”. 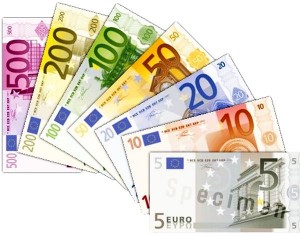 Benefiting from its proximity to France, Belgium, and Germany, Luxembourg has a stable and high-income economy with  low inflation and a low unemployment rate. The industrial sector includes steel, chemicals, rubber, and other products, while the financial sector accounts for about 27% of GDP. In 2011, according to the International Monetary Fund (IMF), Luxembourg was the second richest country in the world, with a per capita GDP on a purchasing-power parity (PPP) basis of $80,119. As of April 2013, Luxembourg ranks eleventh in the world in holdings of US Treasury securities with $147 billion. In 2012, Luxembourg had a GDP by PPP of $42.92 billion, a GDP at official exchange rate of $56.74 billion and a GDP per capita of $81,100 (ranked fifth in the world).