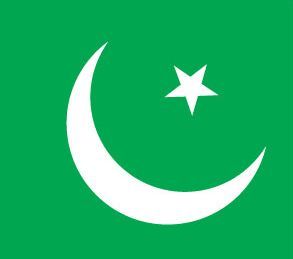 The Islamic Republic of Pakistan is situated in Southern Asia, bordering the Arabian Sea, between India on the east and Iran and Afghanistan on the west and China in the north. With a total area of 307,374 square miles, Pakistan is slightly smaller than twice the size of California. By land mass, Pakistan is the 36th country in the world. With a 2013 population of about 193,000,000 people and a density of 555 inhabitants per square mile, Pakistan is the 6th most populous state on Earth. The capital of Pakistan is Islamabad, while Karachi is the largest city. 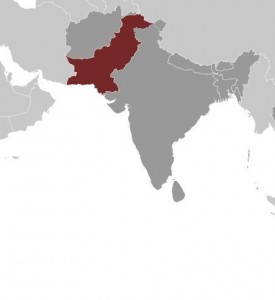 Today’s Pakistan, which literally means “Land of the Pure” (in Urdu and Persian languages), has its origins in the Indus Valley civilization, one of the oldest in the world and dating back at least 5,000 years. After flourishing during 16th and 17th centuries, the Mughal Empire started to be dominated by the British in the 18th century. In 1947, the Muslim state of Pakistan became independent from England. On the other hand, the separation back then is the key of understanding present diplomatic relation between Pakistan and India.

The territory of Indus Valley was divided into two states: Pakistan, with west and east sections, and largely Hindu India. This separation was followed by two wars – in 1947-1948 and in 1965, when Pakistan and India fought over the Kashmir territory. After a third war, in 1971, Pakistan lost the east region, which became the separate territory of Bangladesh. India and Pakistan had another argue after the November 2008 Mumbai attacks. According to Obama administration officials, Pakistan is also the country where Osama bin Laden, the founder and head of the Islamist militant group al-Qaeda, was killed. 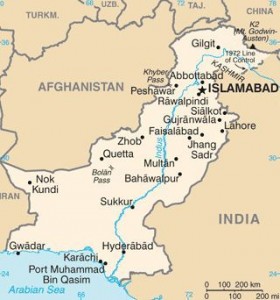 Located in Southern Asia at the crossroads of the strategically important regions of South Asia, Central Asia and Western Asia, Pakistan has a total area of 307,374 square miles, being the 36th largest state in the world. It has a total land boundary of 4,334 miles with Afghanistan (1,642 miles), China (317 miles), India (1,808 miles) and Iran (567 miles). Being a federation of four provinces: Punjab, Sindh, Khyber Pakhtunkhwa and Balochistan, as well as the Islamabad Capital Territory and the Federally Administered Tribal Areas in the northwest, which include the Frontier Regions, Pakistan has a flat Indus plain terrain in east, with mountains in north and northwest, and Balochistan plateau in west. Pakistan has a mostly hot, dry desert climate, temperate in northwest and arctic in north. Because the temperatures on the Balochistan plateaus are somewhat higher, in Pakistan was recorded, in July 2010, the hottest reliably measured temperature ever recorded in the Asian continent, 128.3 degrees Fahrenheit (53.5 degrees Celsius). The lowest point in Pakistan is the Indian Ocean, while the highest peak is K2 (Mt. Godwin-Austen), 28,251 feet. Also, Pakistan controls Khyber Pass and Bolan Pass, traditional invasion routes between Central Asia and the Indian Subcontinent. 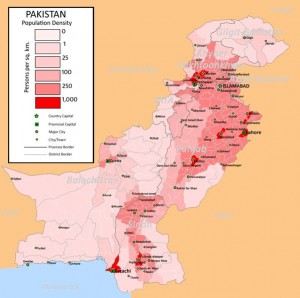 The 2013 population of Pakistan is estimated at 193,238,868 people, with a density of 555 people per square mile, making Pakistan the 6th most populous country in the world, according to CIA World Factbook. As stated by a 2010 census, Pakistan had a population of 32.5 million inhabitants in 1947 and from 1990 to 2009 it increased by 57.2%. As for 2013, CIA estimates Pakistan has a population growth of 1.52%. The degree of being infected with major food-, water-, and vector-borne and animal contact diseases is very high. The most common diseases in Pakistan are bacterial diarrhea, hepatitis A and E, typhoid fever, and the vector borne diseases of dengue fever, malaria and rabies. Life expectancy at birth of the total population of Pakistan is of 66.71 years, 64.84 years for males and 68.66 years for females. Birth rate in Pakistan is of 23.76 births/1,000 population and sex ratio is 1.06 male(s)/female (CIA World Factbook). The population of Pakistan is projected to reach 210.13 million by 2020 and to double by 2045. 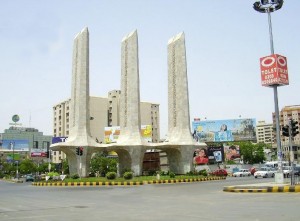 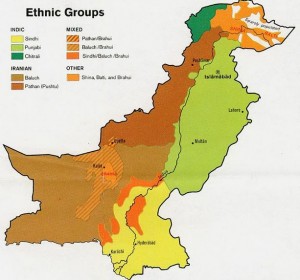 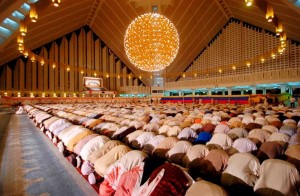 As the second most populous Muslim-majority country, the state religion in Pakistan is Islam, which has approximately 187,343,000 million adherents. 96.4% of the Pakistani (Sunni 85-90%, Shia 10-15%) is Islamist, in accordance to a 2010 estimate. After Islam, Hinduism and Christianity are the largest religions in Pakistan, each numbering about 2.8 million adherents (1.65 percent). Baha’i Faith, Sikhism, Buddhism, Parsis, and Jains (Jainism) are other religions practiced in Pakistan. 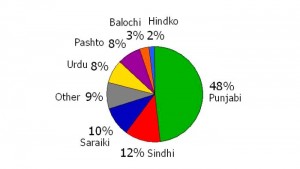 Believe it or not, English is the official language in Pakistan. The local dialect, known as Pakistani English, is the lingua franca of Pakistani elite and of most government ministries. Urdu is also the official language, the lingua franca and a symbol of Muslim identity and national unity. Urdu is the national language and is understood by over 75% of Pakistanis. Despite being a regional language, Punjabi is spoken by 48% of the population, followed by Sindhi, used by 12% of Pakistani, Saraiki (a Punjabi variant), spoken by 10%, Pashtu – 8%, Balochi – 3%, Hindko – 2% and Brahui – 1%. Overall, more than sixty languages are spoken in Pakistan. 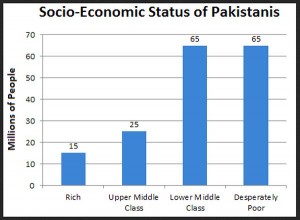 Pakistan remains stuck in a low-income, low-growth trap, with growth averaging about 3% per year from 2008 to 2012. The main causes are the official unemployment, which is under 6%, the inflation, which has worsened the situation, climbing from 7.7% in 2007 to almost 12% for 2011, before declining to 10% in 2012, and the depreciation of the Pakistani rupee with more than 40% since 2007. Over the past few years, low growth and high inflation, led by a spurt in food prices, have increased the amount of poverty – the UN Human Development Report estimated poverty in 2011 at almost 50% of the population. The government agreed to an International Monetary Fund Standby Arrangement in November 2008 in response to a balance of payments crisis. Although the economy has stabilized since the crisis, it has failed to recover. Pakistan’s GDP is of $514.6 billion, as estimated in 2012, in comparison to 2011, when the gross domestic product was of 496.3 billion dollars, and in comparison to 2010, when the GDP was of $481.7 billion. The same estimate shows a GDP per capita of $2,900. By growth rate, Pakistani economy is ranked 93rd, with a real growth rate of 3.7% in 2012. As for the future, Pakistan must address long standing issues related to government revenues and energy production in order to spur the amount of economic growth that will be necessary to employ its growing and rapidly urbanizing population, more than half of which is under 22. Other long term challenges include expanding investment in education and healthcare, adapting to the effects of climate change and natural disasters, and reducing dependence on foreign donors.

You might find this video regarding the Pakistani energy crisis to be informative. Please visit us again soon as we’ll be posting new projections about the 2014 population of Pakistan as they become available.