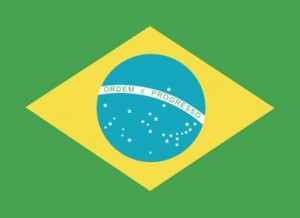 Brazil, officially the Federative Republic of Brazil, is a country located in South America that occupies most of the continent’s eastern and central part. Brazil is the largest country in both South America and the Latin American region. It’s the world’s fifth largest country, both by geographical area, with 3.28 million square miles, and by population, with about 201 million inhabitants. Bordered by Argentina, Bolivia, Colombia, French Guiana, Guyana, Paraguay, Peru, Suriname, Uruguay and Venezuela, Brazil has a land boundary of 10,492 miles and a coastline of 4,655 miles. Brazil is also the largest Lusophone country in the world, which means it’s the largest Portuguese speaking nation on Earth. Along with Portugal, Angola, Mozambique, Cape Verde, Guinea-Bissau, Sao Tome & Principe and East Timor, Brazil is part of the Community of Portuguese Language Countries. It’s capital city is Brasilia, with around 4 million people, while the largest city, Sao Paolo, is home to almost 20 million inhabitants. 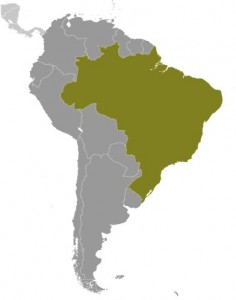 Excavations made in the Amazon basin have revealed pottery that’s about 8,000 years old, according to radiocarbon dating, while the earliest tribes to inhabit Brazil are believed to go back as much as 10,000 years. Brazilian history was marked by several wars and large-scale military actions between the land’s indigenous nations until year 1500, when the Portuguese arrived. They unknowingly brought European diseases with them, to which many indigenous groups were feeble due to lack of immunity, that killed whole tribes. The colonization of Brazil commenced in 1534 under King Dom Joao III of Portugal and in 1815 the United Kingdom of Portugal, Brazil, and the Algarves was established.

Brazil became an independent empire in 1822 and a republic on November 15, 1889. The country was mostly led by military dictatorships until the end of World War II and its economy and industrial sectors grew remarkably during the 1950s. Political upheaval continued at a fast pace until the late 1990s, when Brazil finally gained political stability. In 2013, the South American country was affected by numerous street protests, mainly against corruption and new stadium project for the 2014 soccer World Cup. At the time of writing, Brazil is a federal presidential constitutional republic led by President Dilma Rousseff and Vice-President MIchel Temer. Brazil is a founding member of the United Nations, the G20, the Latin Union, the Organization of Ibero-American States, the Organization of American States, Mercosul and the Union of South American Nations. 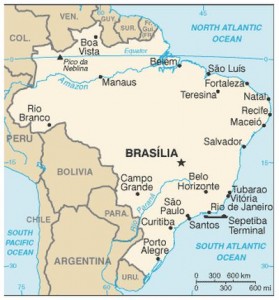 With a total area of 3,287,612 square miles, Brazil occupies a large area along the eastern coast of South America and much of the continent’s central part. It’s the world’s fifth largest country and the largest territory in South America by total landmass. It’s also the only country in the world that lies on the equator while having contiguous territory outside the tropics. Brazil borders Venezuela, Suriname, Guyana and French Guyana to the north, Colombia to the northwest, Bolivia and Peru to the west, Argentina and Paraguay to the southwest, Uruguay to the south, and the Atlantic Ocean to the east. The highest point in Brazil is the Pico da Neblina (at 9,823 feet), while the lowest is the Atlantic Ocean (at sea level). The Federative Republic of Brazil is comprises 26 States, one Federal district (which contains the capital city Brasilia). They are further divided into over 5,564 municipalities. Brazilian climate is mostly tropical, but equatorial, semiarid, highland tropical, temperate and subtropical climates are also present due to the country large area. Temperatures average 77 degrees Fahrenheit while rainfall differs depending on regions, extreme in the interior northeast and less frequent and poor in the semiarid climatic region. 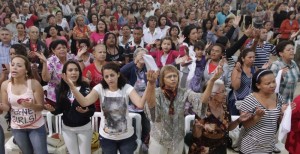 According to a July 2013 estimate provided by the CIA World Factbook, Brazil is inhabited by a total population of 201,009,662 people, which makes it the world’s fifth most populous country, after China, India, the United States and Indonesia. On the other hand, density is rated at only 61.5 people per square mile – ranked 192nd on Earth – similar to that of Peru and Sweden. Brazilian population has grown more than ten times since 1900, when the country was inhabited by about 17.5 million people. Compared to 2010, population has increased about 4.2 percent and estimates claim it will grow to reach 208 million in 2030. By 2040, total population will decrease to about 205.6 million inhabitants. By 2070, Brazil will be surpassed by Nigeria and Indonesia. For 2013, Brazil has a population growth rate estimated at 0.83 percent, a birthrate of 14.97 births/1,000 population and a death rate of 6.51 deaths/1,000 population. Life expectancy is at 69.48 years for males, 76.74 years for females, and a total population average of 73.02 years. Sex ratio is estimated at 0.98 males/female, while net migration rate is -0.17 migrants/1,000 population. 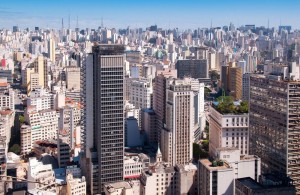 The largest city in Brazil in 2018 is Sao Paolo, with a total population of 19.9 million people and a density of 6,396 people per square mile. It’s also the largest city in the souther hemisphere and the Americas and the world’s seventh largest city by population. Sao Paolo has the largest economy by GDP among Latin American and Brazilian cities and is home to several important monuments, including the Latin American Memorial, the Museum of the Portuguese Language, and the Museum of Art. Important high profile events include the Sao Paulo Art Biennial, the Brazilian Formula One Grand Prix, Sao Paulo Fashion Week and the world’s largest gay pride parade. Sao Paolo is also the birth place of famed Formula One driver and three-time world champion Ayrton Senna. The next largest cities in Brazil are Rio de Janeiro, Salvador, capital city Brasilia, Fortaleza and Belo Horizonte. 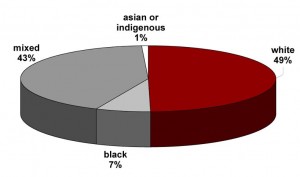 Ethnic groups in Brazil are divided into white (49 percent), brown/mixed (43 percent), black (7 percent), Asian (0.6 percent), and Amerindian/Indigenous (0.3 percent). According to the National Indian Foundation, Brazil is home to about 67 different uncontacted tribes, the largest number of such peoples in the world. The brown population, also called Pardo, consists of caboclos, mulatos and cafuzos. Most immigrants that live in present-day Brazil have come from Portugal, Italy, Spain, Germany, Ukraine, Poland, Russia, China, Japan and the Middle East. 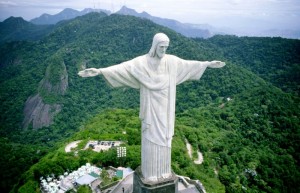 Christianity is the country’s predominant religion, with 64.6 percent being Catholics and 22.2 percent being Protestants. According to the 2010 census, 8 percent of the population have no religion, while 2 percent practice diverse forms of Spiritism. Other groups (3.2 percent) include other Christian denominations, Afro-Brazilian religions, Buddhism, Judaism, Islam and Amerindian religions. 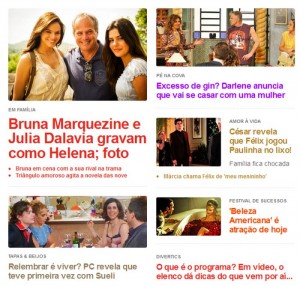 Portuguese is the official and most widely spoken language in Brazil, being used by 99 percent of the population. However, the country’s inhabitants speak or sign no less than 210 languages, of which 180 are indigenous (although only 0.02% of the total population actually speaks indigenous languages). Minority languages include Spanish, German, Italian, Japanese and English. The former is more common in border areas and schools, while the other are spoken by European and Asian immigrants. 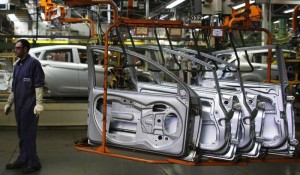 Brazil has a strong economy in 2018 compared to the other South American countries, with well-developed agricultural, manufacturing, mining and service sectors. According to the International Monetary Fund and the World Bank, Brazil is the world’s seventh largest economy by market exchange rates and the seventh largest by purchasing power parity (PPP). Now part of the five BRICS emerging economies – together with Russia, India, China and South Africa – the country has been expanding its presence in international financial and commodities markets since 2003. Brazil has the fourth largest car market in the world and is currently exporting, besides automobiles, transport equipment, iron ore, cofee, soybeans, and footwear. Main export markets are China, the United States, Argentina and the Netherlands. Imports consist of machinery, electrical equipment, chemical products, oil and electronics, mainly from China, the United States, Argentina, Germany and South Korea.