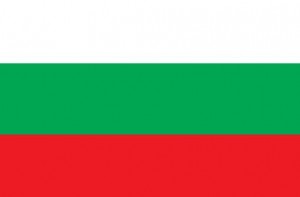 Bulgaria, officially known as the Republic of Bulgaria, is a parliamentary democracy situated in Southeastern Europe, bordering the Black Sea, between Romania and Turkey. With a total area of 42,823 square miles, Bulgaria is slightly larger than Tennessee, making it the 105th largest country in the world. Regarding its population, Bulgaria is home to approximately 6.9 million people and has a density of 171 inhabitants per square miles. Bulgaria is the 101st most populous nation. Sofia is the capital and the largest city in Bulgaria, with a population of about 1.3 million people and a density of 6,340 inhabitants per square mile. 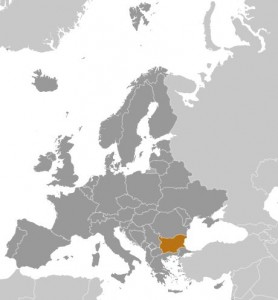 The first Bulgarian state was formed in late 7th century through the merging of Bulgars, a central Asian Turkic tribe, with local Slavic inhabitants. By the end of the 14th century, Bulgaria was overrun by the Ottoman Turks. Only in 1878, Northern Bulgaria won its independence from the Ottoman Empire and in 1908 all of Bulgaria attained autonomy. In both World War I and World War II, Bulgaria fought on the losing side. Following World War II, in 1946, Bulgaria fell under Soviet sphere of Influence and became a People’s Republic. In 1990, Bulgaria managed to end communist domination by holding its first multiparty election since World War II. In 2004, Bulgaria joined the North Atlantic Treaty Organization (NATO) and in 2007 it joined the European Union (EU). 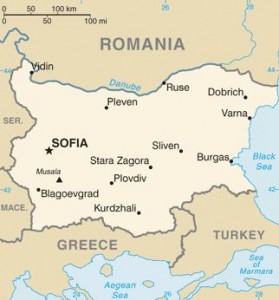 Situated in Southeastern Europe, Bulgaria is bordered by Romania to the north, Serbia and Macedonia to the west, Greece and Turkey to the south, and the Black Sea to the east. Strategically located near the Turkish Straits, Bulgaria controls key land routes from Europe to Middle East and Asia. With a territory of 42,855 square miles, Bulgaria is Europe’s 14th largest country and the 105th largest one in the world. Divided into 28 provinces, Bulgaria’s climate is a victim of natural hazards like earthquakes and landslides. Also, it has environmental issues such as air pollution from industrial emissions, rivers polluted from raw sewage, heavy metals, and detergents, deforestation, forest damage from air pollution and resulting acid rain, and soil contamination from heavy metals from metallurgical plants and industrial wastes. Bulgaria’s climate is temperate, with cold, damp winters and hot, dry summers. The Bulgarian terrain consists of mostly mountains with lowlands in north and southeast. Bulgaria’s natural resources are bauxite, copper, lead, zinc, coal, timber, and arable land.  The lowest point in Bulgaria is the Black Sea, while the highest peak is Musala (9,596 feet). 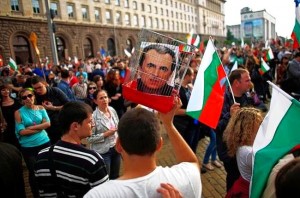 The capital and largest city in Bulgaria is Sofia, with 1,301,683 people and a density of 6,340 inhabitants per square mile. Situated in the western part of Bulgaria, at the foot of Mount Vitosha, Sofia is the 15th largest city in the European Union and its population accounts for approximately one-sixth of Bulgaria’s total population. Before being named Sofia, the city was known as Serdica, from the local Celtic tribe of the serdi. Also, Sofia has been ranked as a beta city by the Globalization and World Cities Research Network. The next largest cities in Bulgaria are Plovdiv – 403,153 people, Varna – 343,544 people, Burgas – 212,902 people, and Ruse – 167,585 people. 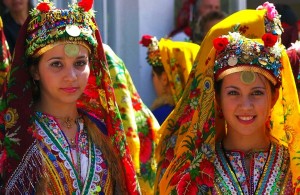 As stated by the 2011 national census, the dominant ethnic group is Bulgaria is the Bulgarians, who account for 84.8% of the population. The next largest ethnic groups in Bulgaria are Turkish minority, accounting for 8.8%, and Roma minority, accounting for 4.9% of the total population. Bulgaria has more than 40 other small ethnic groups, which account for 0.7%, while others, accounting for 0.8%, do not self-identify with an ethnic group. On the other hand, CIA World Factbook shows different numbers for the same census: Bulgarians – 76.9%, Turks 8%, Roma 4.4%, other – 0.7% (including Macedonian, Armenian, Tatar, Circassian minorities), and other (unknown) – 10%. 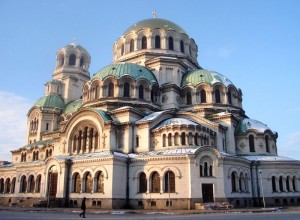 Even though within the Constitution Bulgaria is defined as a secular state with guaranteed religious freedom. Orthodoxy was designed as a traditional religion, accounting for more than 75% of the total population (Eastern Orthodoxy). The second largest religious group in Bulgaria is Sunni Muslim, accounting for 10% of the total population. 3% of the Bulgarians are affiliated with other religions, 11.8 per cent do not self-identify with a religion, while 21.8% refused to state their beliefs. CIA World Factbook cites the 2011 national census and shows that Eastern Orthodox account for 59.4%, Muslim (Sunni) for 7.4%, Muslim (Shia) for 0.4%, other (including Catholic, Protestant, Armenian Apostolic Orthodox, and Judaism) for 1.7%, other (unknown) for 27.4%, and none for 3.7%. About 2,000 Jehovah’s Witnesses worship peacefully in Bulgaria. 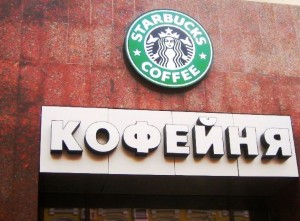 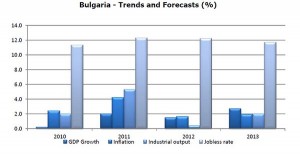 Like Romania, Bulgaria, a former communist country, joined NATO in 2004 and EU in 2007. Even though Bulgaria’s GDP contracted by $5.5B in 2009, in 2010 it stagnated and in 2012 it reached $105.5 billion. In 2010, the economic growth was of 0.4%, in 2011 it was of 1.8%, while in 2012 it dropped to 0.8% despite having a favorable investment regime, including low, flat corporate income taxes. The GDP per capita is of $14,500 and 21.8% of the Bulgarians live under World Bank’s poverty line. In order to protect the investment climate and the economic prospects, Bulgaria must fight corruption in public administration and the presence of organized crime, and must strengthen its judiciary.