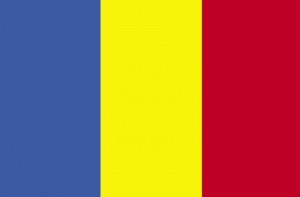 The Republic of Romania is a sovereign country located in Southeastern Europe, bordering the Black Sea, between Bulgaria and Ukraine. With a total area of 92,043 square miles, Romania is slightly smaller than Oregon. By land mass, Romania is the 83rd largest country in the world. Romania’s 2013 population is approximately 21,700,000 people and the nation has a density of 218.6 inhabitants per square mile, making it the 56th most populous nation on Earth. The capital and largest city in Romania is Bucharest, with a population of about 2.2 million people and a density of 21,400 inhabitants per square mile. 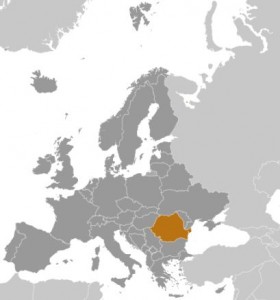 Romania’s name derives from the Latin “romanus”, meaning “citizen of Rome”. It was named so taking into account that Dacia, meaning the territories located north of the Danube, was defeated by the Romans after the second Dacian War, AD 105-106. In 1859 (de facto) and 1862 (formally), the principalities of Wallachia and Moldavia were united under the new name of Romania. But only in 1878 the country gained its independence. It joined the Allied Powers in World War I and during World War II it joined the Axis powers and participated in the 1941 German invasion of the USSR. In 1944, Romania, overrun by the Soviets, signed an armistice. The post-war Soviet occupation led to the formation of a Communist “people’s republic” in 1947 and the abdication of King Carol II. The reign of oppression of dictator Nicolae Ceausescu and his Security police state became increasingly draconian right up until late 1989 when he and his wife, Elena Ceausescu, were overthrown and executed. Former Communists dominated the government until 1996 when they were swept from power. Only recently Romania has squared its accounts with its past and with Russia. It joined the North Atlantic Treaty Organization (NATO) in 2004 and the European Union (EU) in 2007. 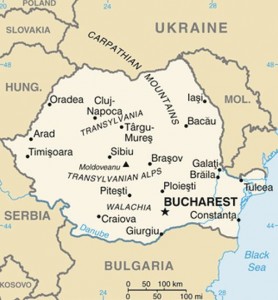 Strategically located at the intersection of Central and Southeastern Europe, Romania borders Hungary and Serbia to the west, Bulgaria to the south, and the Black Sea to the south-east. Also, it controls the most common land route between the Balkans, Moldova, and Ukraine. Divided into 41 counties and one municipality, Romania’s total land mass is of 92,043 square miles, making it the 8th largest country of the European Union and the 83rd in the world. The climate in Romania comprises cold, snowy winters and sunny, wet summers. Regarding its terrain, the central Transylvanian Basin is separated from the Moldavian Plateau on the east by the Eastern Carpathian Mountains and separated from the Wallachian Plain on the south by the Transylvanian Alps. Romania’s natural resources are many but its petroleum reserves are declining. In addition iron, coal, ore, salt, arable land, timber, natural gas, and hydropower are counted among its valued natural resources. The lowest point in Romania is the Black Sea, while the highest peak is Moldoveanu (8,346 feet). Romania is a victim of natural hazards like earthquakes. Moreover, its geologic structure and climate promote landslides. Furthermore, Romania has environmental issues such as soil erosion and degradation, water pollution, air pollution in south from industrial effluents, and contamination of Danube delta wetlands. 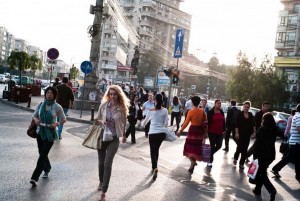 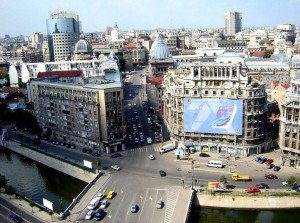 Bucharest is the capital and the largest city in Romania. Situated in south Romania, Bucharest has a total population of 2,272,163 people and a density of 21,400 inhabitants per square mile. As a fun fact, tourists often mistake Bucharest for Budapest, Hungary’s capital and largest city, while others dub it “Little Paris” for its decidedly French architecture. Vlad the Impaler began his conquest of Bucharest in the mid 15th century and some of his palaces are still in existence today. Though an ancient city, Bucharest boasts an entirely modern infrastructure and transportation network, include a subway system. The next largest cities in Romania are Constanta – 425,916 people, Cluj-Napoca – 411,379 people, Timisoara – 384,609 people, and Iasi – 382,484 people. 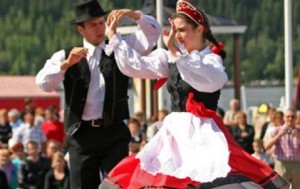 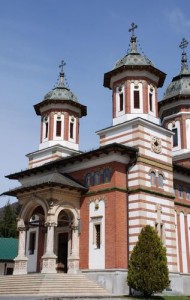 Even though Romania is a secular state and has no state religion, the dominant religion is Christian. 86.5% of the Romanians are Orthodox, 4.6% are Roman Catholic, 3.2% are Reformed, 1.9% are Pentecostal, 0.8% are Greek Catholic, 0.6% are Baptist, 0.4% are Seventh-day Adventist, 1.8% are of other religions, and 0.2% reported to be atheist, according to the 2011 census. The 2002 census showed there were 86.8% Eastern Orthodox (including all sub-denominations), 7.5% Protestant (various denominations including Reformate and Pentecostal), 4.7% Roman Catholic, 0.9% other (mostly Muslim) and unspecified, and 0.1% non-religious. Though suffering brutal and violent persecution at the hands of the Security Police and their henchmen under the oppressive Ceausescu dictatorship, over 40,000 Romanian Jehovah’s Witnesses now worship in peace. 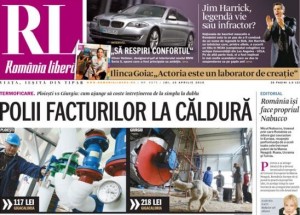 The official and most spoken language in Romania is Romanian, a Romance language related to French, Italian, Spanish, Catalan, and Portuguese. Romanian is the first language for 91% of the total population. The second most used language in Romania is Hungarian and Vlax Romani, two important minority languages spoken by 6.7% and 1.1% of the population, respectively. Other languages account for 1.2%. According to the Romanian Constitution, in those counties where ethnic minority makes up for more than 20% of the population, the minority language can be used in the public administration and justice system. On the other hand, native-language education and signage is also used. The most common school-taught foreign language in Romania is English, followed by French and German. 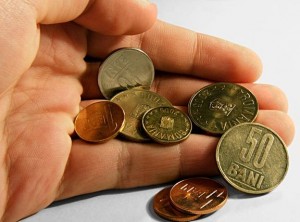 With an economy based mostly on services (59.5%), industry (33%), and agriculture (7.5%), Romania’s GDP in 2012 was of $277.9 billion, higher than in 2011 ($277 billion). Due to it joining the North Atlantic Treaty Organization (NATO) in 2004 and the European Union (EU) in 2007, Romania completed the transition from Communism, which ended in 1989. Because of the global financial crisis, in 2009 Romania signed on to a $26 billion emergency assistance package from the IMF, the EU, and other international lenders. As a result, in 2009 Romania had a GDP contraction of 6.6% and in 2010 a GDP contraction of 1.1%. Due to strong exports, Romania’s economy returned to positive growth in 2011, while in 2012, the growth slowed to less than 1%. With a GDP per capita of $13,000, 22.2% of Romania’s total population lives under the World Bank’s poverty line. Even though its transition to democracy should have been over by now, Romania’s business environment is also permeated by the corruption and the red tape that still stud the country.