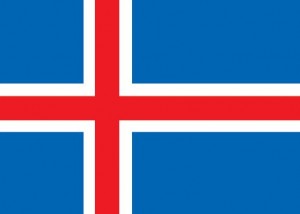 Iceland, officially the Republic of Iceland, is a Nordic island sovereign country situated in Northern Europe, between the Greenland Sea and the North Atlantic Ocean, northwest of the United Kingdom. With a total area of 39,770 square miles, Iceland is slightly smaller than Kentucky and is ranked 108th in comparison to the world. Iceland is home to about 315,000 people and has a density of 7.5 inhabitants per square mile, making it the world’s 179th most populous nation on Earth. More precisely, Iceland is the most sparsely populated country in Europe. Reykjavik is the capital and the largest city in Iceland, with a population of approximately 202,000 people and a density of 1,131 inhabitants per square miles. 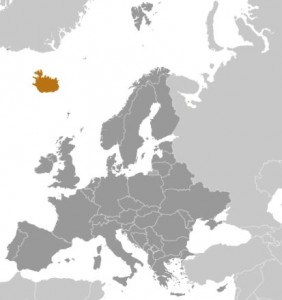 Iceland was discovered by Norwegian and Celtic sailors between the 9th and the 10th centuries. Among all the European countries, Iceland was the last one to be settled. After the sailors discovered Iceland, they settled there, becoming the first inhabitants of the icy island. Also, Iceland maintains the world’s oldest operational legislative assembly, the Althing, established almost 1,100 years ago. Even though it was independent for over 300 years, Norway and Denmark subsequently ruled Iceland. On the December 1, 1918, Iceland became a sovereign state under the Danish Crown and on of June 17, 1944 it became independent from Denmark. Because Icelanders are proud of their Viking heritage, they have preserved this inheritance in music, art, and festivals. Iceland is mostly known as being the motherland of eccentric pop star Bjork and has given the world’s first female head of state – Vigdis Finnbogadottir. Today, Iceland is a constitutional republic ruled by President Olafur Ragnar Grimsson and by Prime Minister Sigmundur Davio Gunnlaugsson. Even though Iceland is a NATO member, it has no standing army but a lightly armed Coast Guard in charge of its defenses. 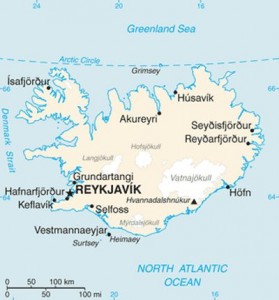 Strategically located between Greenland and Europe, Iceland is westernmost European country. Situated at the confluence of the North Atlantic and Arctic Oceans, on the Mid-Atlantic Ridge, Iceland has a total surface of 39,770 square miles and it is the world’s 108th largest country. Divided into 8 regions, Iceland has more land covered by glaciers than all of continental Europe. Its terrain is mostly plateau interspersed with mountain peaks and icefields, with coast deeply indented by bays and fiords. Iceland’s climate is moderated by North Atlantic Current, with mild winters and cool summers. The lowest point in Iceland is in the Atlantic Ocean, while the highest peak is Hvannadalshnukur, at Vatnajokull glacier (6,923 feet). Due to its location, Iceland is a victim of natural hazards like earthquakes and volcanic activity. Because it is situated on top pf a hotspot, Iceland experiences severe volcanic activity: Eyjafjallajokull (5,466 feet) erupted in 2010, sending ash high into the atmosphere and seriously disrupting European air traffic. Furthermore, scientists continue to monitor nearby Katla (4,961 feet) which has a high probability of eruption in the very near future with a likelihood of affecting air traffic. Grimsvoetn and Hekla are among Iceland’s more active volcanoes. Furthermore, Iceland faces environmental issues such as water pollution from fertilizer runoff and inadequate wastewater treatment. 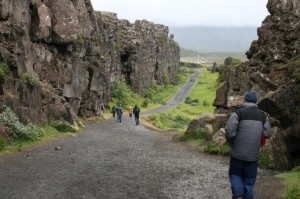 Iceland’s total 2013 population numbers 315,281 people and the island country has a density of 7.5 inhabitants per square mile, according to an August 2013 estimate provided by CIA World Factbook. By population Iceland is the 179th most populated nation on Earth. A census that took place in 1703 showed Iceland had a total population of 50,358 people and after the destructive eruption of the Laki volcano during 1783–84 there were only approximately 40,000 people. By improving living conditions, Iceland’s population has grown from 60,000 people in 1850 to 320,000 people in 2008, as shown by a census carried out five years ago. In 2013, the population growth rate of Iceland is of 0.66%. As a fun fact, an international study from 2006 ranked Iceland as the “Fourth Happiest Nation” in the world. Also, many Icelanders actually believe in elves and have rerouted some rural roads in an effort to avoid disturbing them. The literacy rate in Iceland is among the highest in the world: 99% for both males and females. On the other hand, the obesity rate is of 23.2%. Life expectancy at birth of the total population is 81.11 years, 78.89 years for males and 83.42 years for females. Birth rate is of 13.15 births/1,000 population, death rate is of 7.07 deaths/1,000 population, while sex ratio of the total population is 1 male(s)/female. According to a projection made by Statistics Iceland, the population will reach 438,434 people by the end of 2050. 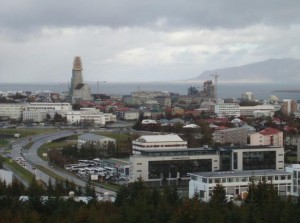 Reykjavik is the capital and the largest city in Iceland. Actually, Reykjavik, located in southwestern Iceland, on the southern shore of Faxafloi Bay, is the northernmost capital. With a total population of 202,341 people and a density of 672 inhabitants per square mile, Reykjavik is home to two-thirds of the country’s population. According to Iceland’s history, Reykjavik is thought to be first permanent settlement in the country. The next largest city in Iceland is Kopavogur – 31,726 people, Hafnarfjorour – 26,099 people, Akureyri – 17,754, and Reykjanesbær – 14,231 people. 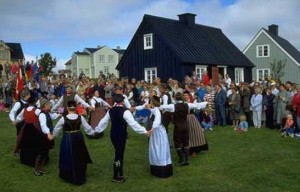 Icelanders are mostly descendants of Norse and Gaelic settlers. According to a 2013 census, 93.44% of the total population is Icelandic, 2.83% is Polish, and 3.73% is of other nationalities. According to CIA World Factbook, 94% of the Icelanders are a homogeneous mixture of descendants of Norse and Celts, while only 6% of the population is of foreign origin. Icelanders of American, Australian, Austrian, British, Cuban, Danish, Estonian, Finnish, French, German, Irish, Italian, Japanese , Jewish, Latvian, Norwegian, Portuguese, Russian, Scottish, Spanish,  Sri Lankan, and Ukrainian descent are among the 6%. 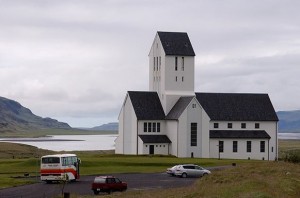 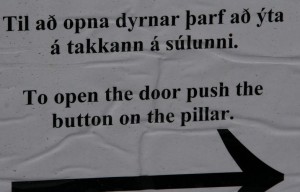 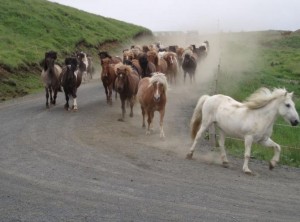 Iceland’s economy is based largely on aluminum smelting, agriculture, geothermal power, fish processing, hydropower, ferrosilicon production, and tourism. More precisely, its economy depends mostly in the fishing industry, which provides 40% of export earnings, more than 12% of GDP, and employs nearly 5% of the work force. Iceland’s GDP was in 2012 of $13.04 billion, in 2011 of $12.83 billion, and in 2010 of $12.47 billion. In 2013, United Nations’ Human Development Index ranked Iceland’s economy as the 13th most developed economy in the world. Despite the world financial crisis, Iceland’s economic growth reached 1.6% in 2012. With a GDP per capita of $39,900, Iceland managed to decrease the unemployment rate from 7.4% in 2011 to 6% in 2012. In July 2010, Iceland began accession negotiations with the European Union.  However,  public support has dropped substantially since then because of concern about losing control over fishing resources and in reaction to worries over the ongoing Eurozone crisis.