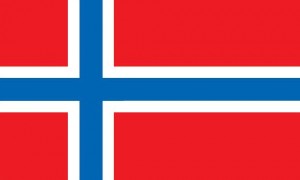 Norway, officially known as the Kingdom of Norway, is a constitutional monarchy located in Northern Europe, bordering the North Sea and the North Atlantic Ocean, west of Sweden. Being slightly larger than New Mexico, Norway has a total area of 148,720 square miles. By surface, it is the 68th largest country in the world. Norway’s 2013 population is about 4,700,000 people and the country has a density of 35 inhabitants per square mile, making it the 120th most populous nation on Earth. Oslo is the capital and the largest city in Norway, with an area of 3,400 square miles and a population of about 1.4 million people. 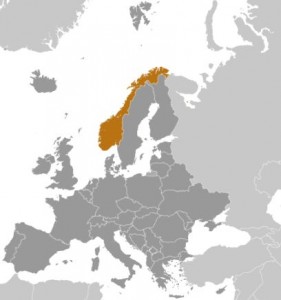 In 1397, Norway was absorbed into a union with Denmark that lasted more than four centuries. In 1814 and after, Norway had conflicts with Sweden: firstly, it resisted the cession of the country and, after being invaded by Sweden, Norway kept its Constitution in return for accepting the union under a Swedish king. Throughout both World War I and World War II, Norway adopted a neutral policy. Even so, after WWI it suffered heavy losses to its shipping and during WWII was nonetheless occupied for five years by Nazi Germany (1940-1945). In 1949 Norway abandoned its neutrality and joined the North Atlantic Treaty Organization (NATO). Because it is a successful economy, Norway rejected joining the European Union (EU) through the referendum that took place in 1994.

On 22nd of July 2011, Norway suffered an important human loss due to what is now known as the Norway Attacks. Anders Behring Breivik, the perpetrator of the 2011 Norway attacks, killed 8 people during his bombing of the government buildings in Oslo. Then, he killed 86 people, mostly teenagers, in a mass shooting at a camp of the Workers’ Youth League (AUF) of the Labor Party on the island of Utoya.

Situated in Northern Europe, Norway consists of the western portion of the Scandinavian Peninsula, Jan Mayen, the Arctic archipelago of Svalbard, and the subantarctic Bouvet Island. Norway is strategically located adjacent to sea lanes and air routes in North Atlantic and it borders Finland and Russia to the north-east and the Skagerrak Strait across from Denmark to the south. Also, it shares maritime borders with Russia by the Barents Sea, Greenland, the Faroe Islands and Iceland by the Norwegian Sea, and Sweden, Denmark and the United Kingdom by the North Sea. It has a total surface of 148,720 square miles, ranked 68th in comparison to the world. About two-thirds of Norway’s total area consists of mountains – one of the most rugged and longest coastlines in the world. The climate is temperate along coast, modified by the North Atlantic Current, colder mainland with increased precipitation and colder summers, with rainy year-round on the west coast. The terrain was sculpted by glaciers over countless millenia and boasts Norway’s trademark gorgeous fjords. The lowest point in Norway is Norwegian Sea, while the highest peak is Galdhøpiggen (8,100 feet). 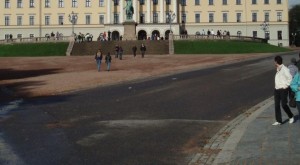 Norway has a total population of 4,722,701 people and a density of 35 inhabitants per square mile, according to an August 2013 estimate provided by CIA World Factbook. By population, Norway is the 120th most populous nation on Earth. However, a census that was released on 1st of January 2013 shows a total population of 5,063,709 people. As of 2013, the population growth rate is of 0.33%. Also, in accordance to a 2006 census that took place in the US, there are almost 4.7 million Norwegian Americans. This means that the number of Americans of Norwegian descent living in the U.S. today is almost equal to the current population of Norway. The literacy rate in Norway is 100% for bot males and females. Life expectancy at birth of the total population is of 80.44 years, 77.76 years for males and 83.27 years for females. Birth rate is of 10.8 births/1,000 population, death rate is of 9.21 deaths/1,000 population, and sex ratio of the total population is 0.98 male(s)/female. According to Statistics Norway, the population is projected to pass 6 million people by 2030. 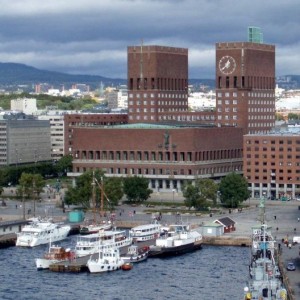 The 2017 capital, the largest city and the most populous one in Norway is Oslo, with a surface of 3,400 square miles, a total population of 1,442,318 people, and a density of 420 inhabitants per square mile. In 1838, Oslo became a municipality and between 1877 and 1925, it was known under the name of Kristiania. It was named Kristiania in the honor of King Christian IV, who moved the city closer to Akershus Castle after it was destroyed by a fire in 1624. After 1925, the original Norwegian name, Oslo, was restored. The next largest cities in Norway are Bergen, with 396,500 people, the urban area Stavanger/Sandnes, with a population of 225,677 people, Trondheim with 180,000 people, and the urban area Fredrikstad/Sarpsborg, with 105,545 people. 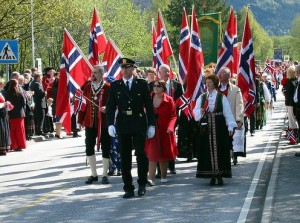 Norwegians are the dominant group in Norway, accounting for 86.2% of the total population, as stated by the 2013 census. The Sami people, who inhabit central and northern parts of Norway and Sweden, account for 1.3%, and other ethnic groups, like the Kven people, account for 11.8%. Other national minorities in Norway are Jews, Forest Finns, and Norwegian Romani Travelers. A 2007 estimate showed that there were 94.4% Norwegian (including Sami, about 60,000), 3.6% other European, and 2% other non-European ethnics. 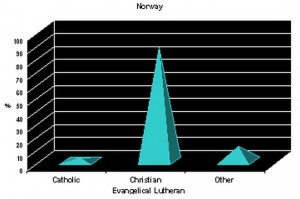 Norway adopted Christianity in 994, under King Olav Tryggvason. Evangelical Lutheranism is the official religion in Norway. Christianity accounts for 82.6%, of which Lutheranism for 77.9%, Roman Catholicism – 2.1%, Pentecostalism – 0.8%, Jehovah’s Witnesses – 0.2%, Orthodox – 0.2%, Methodism – 0.2%, Baptists – 0.2%, Smith’s friends – 0.1%, Seventh-day Adventist Church – 0.1%, and other Christians – 0.8%. Non-Christian religions are represented by Muslim – 3.2%, Buddhism – 0.3%, and Hinduism – 0.1%. There are also other minority religious groups in Norway, like Sikhism, Baha’i Faith, Judaism, and Humanism. However, according to a Gallup poll in 2009, only 20% of the total Norwegians reported that religion occupies an important place in their life. 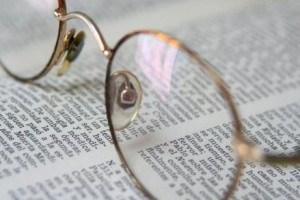 The dominant language in Norway is Norwegian, which is similar to other Scandinavian languages like Swedish and Danish. Considering there are two official written forms of Norwegian, Bokmal and Nynorsk, there are also two official languages: Bokmal Norwegian and Nynorsk Norwegian. Bokmal Norwegian is the written language used by the vast majority of about 80–85%. In Norway there are also minority languages, especially the Sami and the Kven languages. Actually, Sami is the official language in six municipalities. English is the first foreign language taught in schools, followed by German, French, Spanish, Russian, Japanese, Italian, Latin, and rarely Chinese (Mandarin). 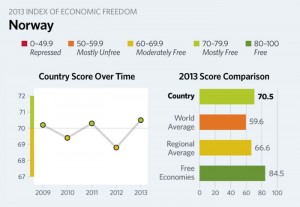