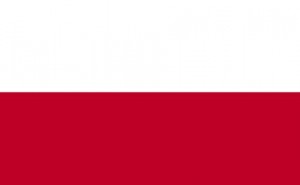 Poland, officially the Republic of Poland, is situated in Central Europe, east of Germany. With a total surface of 120,696.41 square miles, it is slightly smaller than New Mexico. By area, Poland is the 70th largest country in the world. The 2018 population of Poland is approximately 38,104,832 people and has a density of 319.9 inhabitants per square mile, making it the 33rd most populated nation on Earth. The capital and its largest city is Warsaw. Located on the Vistula River, Warsaw has a land mass of 199.71 square miles and a population of about 2.6 million people. 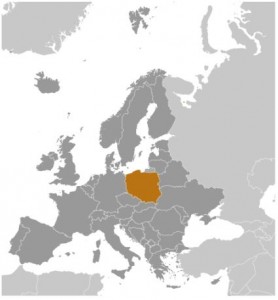 Poland became an independent state in 1918, but in World War II was overrun by both Nazi Germany and the Soviet Union. After the war, Poland was transformed into a Soviet satellite. Poland’s economy is now one of the most robust in Central Europe due a “shock therapy” program introduced during the early 1990s. In 1999, Poland joined NATO and in 2004 joined the European Union. Despite its past and the death of many Polish people at the hand of the Nazi regime, Poland is now a democratic, market-oriented country largely completed and an increasingly active member of Euro-Atlantic organizations. 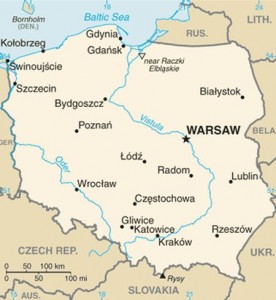 Located in Central Europe, Poland is, historically, an area of conflict because of flat terrain and the lack of natural barriers on the North European Plain. Bordered by Germany to the west, the Czech Republic and Slovakia to the south, Ukraine, Belarus to the east, and the Baltic Sea and Kaliningrad Oblast, a Russian enclave, and Lithuania to the north, Poland has a total area of 120,726 square miles and is divided into 16 provinces. By surface, it is ranked 70 in comparison to the world. The climate is temperate, with cold, wet winters and mild, wet summers. The Polish terrain is a mostly flat plain, with mountains along southern border. The lowest point in Poland is near Raczki Elblaskie (−5.9 feet) and the highest peak is Rysy (8,199 feet). Poland’s natural resources are coal, sulfur, copper, natural gas, silver, lead, salt, amber, and arable land. Due to its belt of rivers it faces frequent natural hazards like flooding. 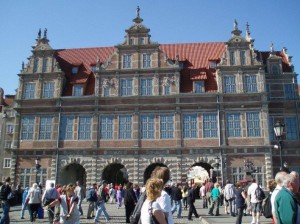 Poland’s total population is of 38,383,809 people and has a density of 319.9 people per square mile, according to an August 2013 estimate provided by CIA World Factbook. Poland is the 33rd most populous country in the world, with a population growth of 0.09% in 2013. The last population census in Poland took place in 2012. The population of Poland has decreased in the recent years as a result of an increase in emigration rates. Moreover, Poland has even fewer inhabitants after the country joined the European Union and the Polish emigrated to countries like United Kingdom, Germany and Republic of Ireland in search of work and better job opportunities. Life expectancy at birth is 76.45 years, 72.53 years for males and 80.62 years for females, as of 2013. Birthrate is of 9.88 births/1,000 population, death rate of 10.31 deaths/1,000 population, and sex ratio of the total population is 0.94 male(s)/female. As reported by a projection made by CSO, Demographic Surveys Division in Poland, the Polish populations will reach 35,993,100 million people in 2035. 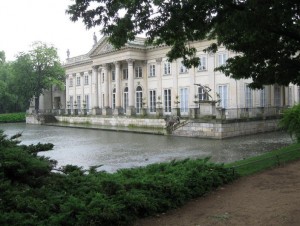 Poland’s capital and largest city is Warsaw, located on the Vistula River. With a total population of 2,666,278 million people and a density of 1,635 inhabitants per square mile, Warsaw is not only the largest city in Poland, but also the 9th most populated city in the European Union. Warsaw’s nickname is the “Phoenix city” because it has survived so many wars throughout its past. The next largest city in Poland is Krakow, which has a total population of 759,137. Krakow is followed by Lodz with 737,098 people, Wroclaw with 631,235 people, and Poznan with 551,627 people. 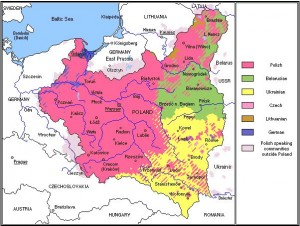 Conforming to a 2012 census, the Polish ethnicity is the dominant group in Poland, and account for 96.7% (36,983,700 million people) of the population. On the other hand, Silesians, Germans, and Belarusians are the largest minority nationalities and ethnic groups and account fir approximately 1% of the population living in Poland. The census also states that 2.7% of the population is of other or unspecified nationality. Poland is also home to Ukrainians, Lithuanians, Russians, Roma, Jews, Lemkos, Slovaks, Czechs, Lipka Tatars, Vietnamese, Greeks, and Armenians. 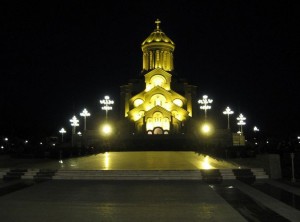 Roman Catholic is the official and the dominant religion in Poland, accounting for 91% of the population, in accordance to a 2012 Eurobarometer. Even though 91% of the Polish are Roman Catholic, approximately 41% are not actually practicing it. People living in Poland are also adherents of Orthodox religion (1%), while 2% believe in other religions. The latter are followers of the Eastern Orthodox Church, Evangelical Church of the Augsburg Confession in Poland, various Protestant churches and Jehovah’s Witnesses. 2% are atheist, 3% non-believers or agnostic, and 1% didn’t state their religion. 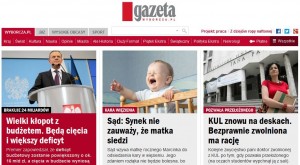 The official and dominant language in Poland is Polish, spoken by 97.8% of the total population, while other and unspecified languages account for 2.2%, as stated by a 2002 census. The Act of 6 January 2005 on national and ethnic minorities and on the regional languages recognizes 16 languages as minority languages: 1 regional language (Kashubian), 10 languages of 9 national minorities (the minorities that have their own independent state elsewhere – Armenian, Belarusian, Czech, German, Jewish languages: Yiddish and Hebrew, Lithuanian, Russian, Slovak, and Ukrainian), and 5 languages of 4 ethnic minorities spoken by the members of minorities not having a separate state elsewhere – Karaim, Rusyn, called Lemko in Poland – Romani languages: official recognition is granted to the languages of two groups: Polska Roma and Bergitka Roma, and Tatar, called Tartar by the Act). Main immigrant languages are Russian, Vietnamese, Arabic, Greek, Chinese, Bulgarian, Turkish, Hindi, and others. The main foreign languages are English, spoken by 29% of the population, Russian, used by 26%, and German, spoken by 19%. 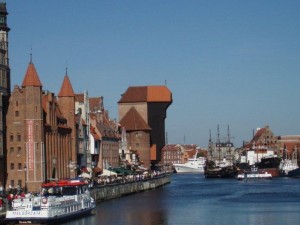 Even though the Polish economy succeeded in both avoiding the recession through the 2008-2009 economic downturn and the absorption of EU structural funds, GDP per capita remains significantly under the European Union average. With an economy based on agriculture, industry and services, GDP reached $814.1 billion in 2012, making Poland the 22nd most developed country in the world, with a growth of 2%. However, in spite of this economic boost, GDP per capita is approximately of $20,900 and 10.6% of the total population lives below the World Bank’s poverty line. Another alarming aspect is that 12.8% unemployment rate in Poland continues to exceed the EU’s. Short and long terms challenges for Poland are supporting to the economy through monetary easing, while maintaining the pace of structural fiscal consolidation, improving the deficiencies in its road and rail infrastructure and its business environment. Also, the inefficient commercial court system, the red tape, the rigid labor code, and a burdensome tax system are obstruction the private sector from reaching its full potential.