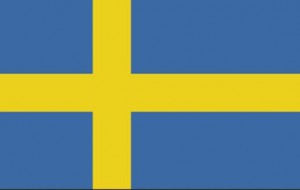 Sweden, officially known as the Kingdom of Sweden, is a constitutional monarchy situated in Northern Europe, bordering the Baltic Sea, Gulf of Bothnia, Kattegat, and Skagerrak, between Scandinavian Finland and Norway. With a total area of 173,745 square miles, Sweden is slightly larger than California. By land mass, it is the 56th largest country in the world. The population of Sweden accounts for approximately 9,100,000 people and it has a density of 53.8 inhabitants per square mile, making it the 92nd most populated nation on Earth. The capital and largest city in Sweden is Stockholm, with about 2.1 million people.

Sweden won its independence on June 6, 1523, when the Danish-ruled Kalmar Union came to an end. The one who played an important role in this was King Gustav Vasa, who was elected on that day. Also, King Vasa is considered the founder of modern Sweden. June 6 is the national day of Sweden and from 1916 to 1982 this date was celebrated as Swedish Flag Day. Throughout its history, Sweden managed to stay away from armed conflicts. For example, the country remained neutral in both World Wars and hasn’t participated in any war for almost two centuries. Sweden’s political neutrality has served it well and served as a protection.

Strategically located along the Danish Straits linking Baltic and North Seas, Sweden is divided into 21 counties. It borders Norway and Finland, and is connected to Denmark by a bridge-tunnel across the Oresund Strait. Sweden has a total surface of 173,745 square miles, making it the 56th largest country in comparison to the world. The climate in Sweden is temperate in the south of the country with cold  winters and cool summers, and subarctic in north. The western region of the country near Norway is the only part that boasts mountains. The lowest point in Sweden is reclaimed bay of Lake Hammarsjon, near Kristianstad, (-7.9 feet), while the highest peak is Kebnekaise (6,903 feet). Sweden’s natural resources are iron ore, copper, lead, zinc, gold, silver, tungsten, uranium, arsenic, feldspar, timber, and hydropower. Adversely, it also has some environmental issues, like acid rain, which damages the soils and the lakes, and it pollutes the North Sea and the Baltic Sea.

Sweden’s 2013 total population numbers 9,119,423 people and the country has a density of 53.8 inhabitants per square mile, according to an August 2013 estimate provided by the CIA World Factbook. In comparison to the world, Sweden is the 92nd most populous nation. A 2012 census showed a total population of 9,555,893 people, meaning that the number of people has decreased since the census took place. Moreover, the population growth rate is at a very low level – 0.18%. About 1.3 million Swedes, accounting for a third of the country’s population, emigrated to North America (most of them to the United States) between 1820 and 1930. According to a 2006 U.S. Census Bureau estimate, there are more than 4.4 million Swedish Americans. The community of Swedish ancestry in Canada is 330,000 strong. Even though the literacy rate of the total population is of 99%, the unemployment rate among young people between 15 and 24 years is of 22.9%, while obesity among adults is rated at 18.6%. Life expectancy at birth of the total population is of 81.28 years, 78.95 years for males and 83.75 years for females. Birth rate is 10.33 births/1,000 population, death rate is 10.22 deaths/1,000 population, while sex ratio is of 0.98 male(s)/female. As stated by Statistics Sweden, the population of Sweden will reach about 10.2 million people by the end of 2030. 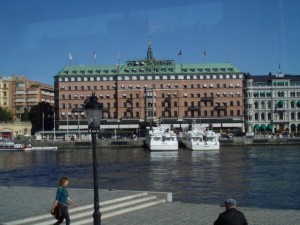 Stockholm, the capital and largest city in Sweden, has a total population of 2,120,560 people and a density of 9,320 inhabitants per square mile, meaning it is home to approximately 22% of Sweden’s population. Nominated by GaWC (Globalization and World Cities Research Network) as a global city, with a ranking of Beta+, Stockholm is the cultural, economic, political, and media center in Sweden. The next important cities in Sweden and their respective population are Gothenburg (Göteborg) – 949,812 people, Malmo – 664,428 people, Uppsala – 140,454 people, and Vasteras (Västerås) – 110,877 people. 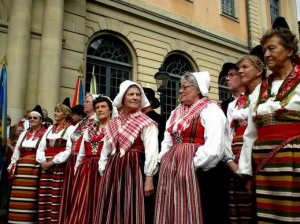 Although there are no official statistics of the ethnic groups living in Sweden, a Statistics Sweden 2012 estimate revealed that around 1,921,000 (20.1%) inhabitants are of foreign background, defined as being born abroad or born in Sweden to two parents born abroad. The CIA World Factbook provides other numbers regarding ethnicity in Sweden: it states that Sweden consists of indigenous population: Swedes with Finnish and Sami minorities, and foreign-born or first-generation immigrants from Finland, Yugoslavia, Denmark, Norway, Greece, and Turkey. 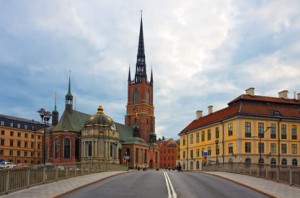 History shows that before the 11th century Sweden adhered to Norse paganism and only after the 11th century it became Christian. Also, the laws of the country changed into the late 19th century and it was forbidden to worship other gods. With the Uppsala Synod of 1593, Lutheranism became Sweden’s official religion. Nowadays, after the religious liberalizations in the late 18th century, the official and dominant religion in Sweden is Lutheran, accounting for 87% of the total population. Roman Catholic, Orthodox, Baptist, Muslim, Jewish, and Buddhist are other religious groups in Sweden and account for 13% of the total population. However, a 2012 Eurobarometer Poll shows that in Sweden there are: Protestants 41%, Orthodox 1%, Catholics 2%, other Christians 9%, Buddhist 1%, other 3%, Atheist 13%, and Agnostics 30%.

The official language in Sweden is Swedish, a North Germanic language similar to Danish and Norwegian, but differing in pronunciation and orthography. According to the CIA World Factbook, Sweden has small Sami- and Finnish-speaking minorities. Actually, there are five minority languages recognized in Sweden: Finnish, Meankieli, Sami, Romani, and Yiddish. Regarding foreign languages, English is the first foreign language taught in schools. As an effect, 89% of Swedes reported the ability to speak English. Students also learn in schools Danish and Norwegian as part of Swedish courses for native speakers, in addition to German, French, or Spanish. 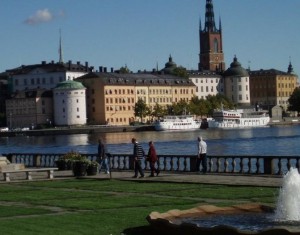 Being neutral in both world wars, Sweden has achieved a solid standard of living, based on a successful economy. Even though Sweden joined the European Union in 1995, the people rejected entry into the euro zone in 2003. They were worried it would affect their sovereignty and economy. In 2012, Sweden had a GDP of $399.4 billion, higher than the one in 2011 – $394.7 billion – and the one in 2010 – $380.4 billion. Sweden’s economy by GDP is mostly based on services (70.8%), industry (27.4%), and agriculture (1.8%). With a GDP per capita of $41,900, Sweden accomplished an economic growth of 1.2% in 2012. The center-right government managed to increase employment, to reduce welfare dependence, and to streamline the state’s role in the economy. In 2012 and 2013, the government proposed to stimulate those measures that can curb the effects of a global economic slowdown and boost employment and growth.