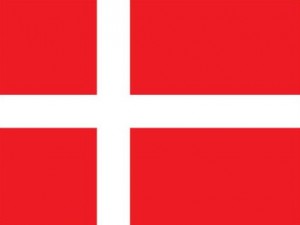 Denmark, officially the Kingdom of Denmark, is a constitutional monarchy located in Northern Europe. Slightly less than twice the size of Massachusetts, Denmark is bordering the Baltic Sea and the North Sea, on a peninsula north of Germany (Jutland). Denmark’s total surface is of 16,562.1 square miles, which includes the island of Bornholm in the Baltic Sea and the rest of metropolitan Denmark (the Jutland Peninsula, and the major islands of Sjaelland and Fyn), but excludes the autonomous constituent countries Faroe Islands (540.16 square miles) and Greenland (836,330 square miles), which are part of the kingdom. By area, Denmark is the 134th largest country in the world. The population of Denmark numbers approximately 5.5 million people and it has a density of 336.7 inhabitants per square mile, making it the 111th most populated nation on Earth. The capital and the largest city in Denmark is Copenhagen, with about 1.9 million people and a density of 1,670 inhabitants per square mile. 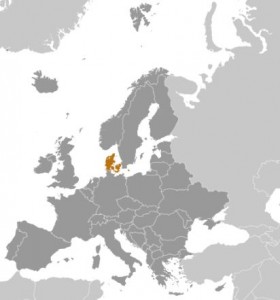 Denmark, mostly known for its most beloved author Hans Christian Andersen, and where Tragedy of Hamlet, Prince of Denmark by William Shakespeare takes place, was once the seat of Viking raiders and only later it became a major North-European power. Now, Denmark is a prosperous and modern nation. It joined the North Atlantic Treaty Organization (NATO) in 1949 and the EEC (now the European Union) in 1973. Even though Denmark is a member of the EU, it has opted not to be part of certain elements of the European’s Union Maastricht Treaty: the European Economic and Monetary Union (EMU), European defense cooperation, and issues concerning certain justice and home affairs. 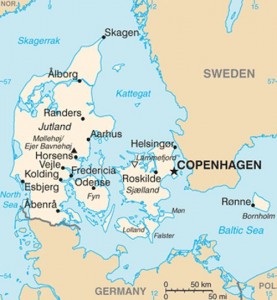 Situated in Northern Europe, south-west of Sweden and bordered by Germany to the south, Denmark is a sovereign state. With a total area of 16,562.1 square miles, it ranks 134th in comparison to the world. Denmark controls the Danish Straits (Skagerrak and Kattegat) linking the Baltic and North Seas. Metropolitan Denmark is divided into 5 regions: Midtjylland, Hovedstaden, Sjaelland, Nordjylland and Syddanmark. On the January 1, 2007, an extensive local government reform became effective and merged 271 municipalities into 98 and 13 counties into five regions. The climate in Denmark is temperate with mild winters and cool summers. The terrain is low and flat with a small amount of gently rolling plains. Denmark’s lowest point is Lammefjord, while its highest peak is Mollehoj/Ejer Bavnehoj (561 feet). The primary natural resources that can be found in Denmark are natural gas, limestone, petroleum, fish, and sand. Regarding envirnomental issues, Denmark has problems with air pollution, mainly from vehicle and power plant emissions, with nitrogen and phosphorus pollution of the North Sea, and with drinking and surface water becoming polluted from animal wastes and pesticides. Also, flooding is a threat in some areas of the country that are protected by a basic dike system. 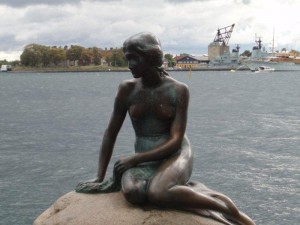 Denmark’s capital and largest city is Copenhagen, with a population of 1,954,411 people and a density of 1,670 inhabitants per square mile. More precisely, about one-quarter of the Danish population lives in Copenhagen. The city became the capital of Denmark at the beginning at the 15th century and under the reign of King Christian IV, it became an important regional center. Today, Copenhagen is not only the largest and the most populous city in Denmark, but also the governmental, economic, and cultural center of the country. The next important big cities in Denmark are Aarhus, with a metropolitan population of 1,245,046 people, and Odense, Aalborg, and Frederiksberg with less than 250,000 people each. 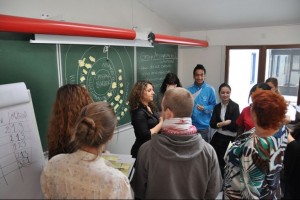 Denmark’s dominant ethnic group is of Danish descent and accounts for 90% of the total population, according to 2012 figures from Statistics Denmark. The remaining 10% are descendants of recent immigrants from South Asia and the Middle East. The CIA World Factbook reveals different numbers: the Danish population consists of Scandinavian, Inuit (Greenlandic) from the territory of Greenland, Faroese, German, Turkish, Arab (i.e. Palestinians, followed by Moroccan, Syrian, Lebanese, Yemeni, Egyptian, Iraqi and Jordanian, Iranian, and Somali ethnic groups. Germans, Faroese and Greenlanders (Inuit), Jews, and Roma (Gypsies) are the Denmark’s historic minorities. 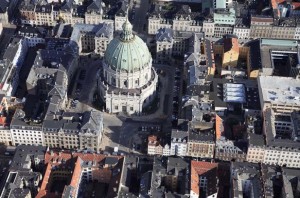 As a January 2013 census shows, the Church of Denmark, Lutheran in tradition, is the official and the dominant religious group in Denmark, comprising nearly 80% of the total population. The census also showed that even though the majority of the Danish people are members of the Church of Denmark, only 3% of the population regularly attend Sunday services. Also, in contrast with other monarchies in Europe, the Royal Family of Denmark must be part of the Church of Denmark, as stated by the country’s Constitution. This rule applies only to the Royal Family and the rest of the people are free to adhere to any religious group they want. In 1682, Denmark recognized through its Constitution three religious groups dissenting from the Established Church: Roman Catholicism, the Reformed Church and Judaism. Today, religious groups do not need to be formally recognized. Denmark is also populated by Muslims, which are the second largest religious community in the country and  account for 3% of the population. Among other religious groups, which account for 2% of the total population, there is Forn Sior, which describes itself as a revival of the ancient Norse paganism prevalent in Denmark before Christianity was established. 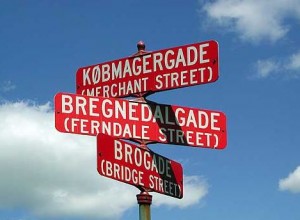 The official language in Denmark is Danish, spoken by approximately 90% of the Danes. But, on the other hand, the Danish Constitution recognizes also three regional languages, which are also official: German, spoken in the former South Jutland County, Faroese, the main language of the Faroe Islands, and Greenlandic, the main language of the Inuits living in Greenland. Regarding foreign languages, English is the most used – 86% of the Danes speak English, which is taught in schools, aside German and French. 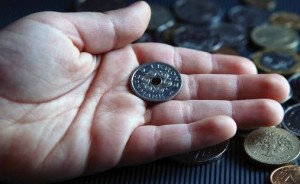 Despite the global financial crisis, Denmark remained a successful economy in the past years due to extensive government welfare measures and an equitable distribution of income. Denmark also boasts a modern market economy, world-leading firms in pharmaceuticals,and a state-of-the-art industry with maritime shipping and renewable energy. With a GDP of $212.5 billion in 2010, Denmark made a modest recovery in 2011, when its GDP reached $214.8 billion. For 2012, the GDP was of $213.6. In 2012, Denmark’s economy was hit by a negative growth of -0.6%, with 13.4% of the population living below World Bank’s poverty line. Still, Denmark’s economy remained among the strongest in the European Union, with a GDP per capita of $38,300. Long term challenges for Denmark are converting Europe into a responsible, dynamic, green, and safe continent while working to steer Europe out of its euro zone economic crisis.

Please visit us soon for updated 2014 census and population data for Denmark as well as a religious map and more pictures!