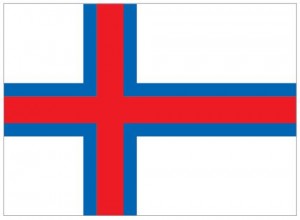 The Faroe Islands are an island group and archipelago under the sovereignty of the Kingdom of Denmark, situated between the Norwegian Sea and the North Atlantic Ocean. About eight times the size of Washington DC, the Faroe Islands have a total area of only 538 square miles, which makes it the world’s 183rd country by land mass. Home to almost 50,000 people, Faroe Islands is one of the world’s least populous nations, ranking 210 out of 239 states and territories. Torshavn is Faroe’s capital and largest city with a population of only 20,000 inhabitants and an area of about 61 square miles.

Basic History of the Faroe Islands 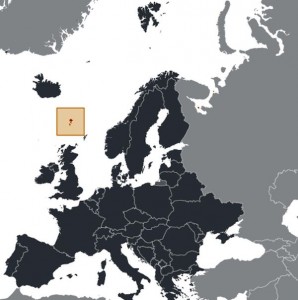 The Faroe Islands were established in 825, when Viking colonists placed their parliament in the Tinganes peninsula, also establishing Torshavn as capital city. The Faroe Islands were controlled by Norway until 1814, when Denmark took possession of the territory once the Kalmar Union between the two Scandinavian countries was dissolved. The Faroes were occupied by British troops in 1940, during World War II, but Denmark regained control in 1945. However, the Faroese home-rule was introduced in 1948, and the islands gained a high degree of autonomy, with Torshavn taking control of most domestic matters except military, police, justice, currency and foreign affairs.  In 1973, the Faroe Islands declined to join Denmark in entering the European Community, which later became the European Union. The country is now a parliamentary democracy under Queen Margrethe II of Denmark.

The Faroe Islands have come under increasing scrutiny for their annual slaughter of hundreds of pilot whales. Dating back hundreds of years, the Faroese hold that the pilot whales are not endangered, that the entire whale is used for food and other products and that the hunt is deeply traditional. Much focus and notoriety came to the islands when Paul Watson and the Sea Shepherd Conservation Society returned in 2011 to expose the Grind whale hunt on their television show Whale Wars Viking Shores. 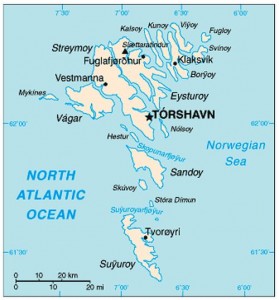 The Faroe Islands are an island group consisting of 18 major islands about 407 miles off the coast of Northern Europe, between the Norwegian Sea and the North Atlantic Ocean. With a total area of only 538 square miles, the Faroe Islands is the world’s 183rd country by land mass. The islands are divided into 30 municipalities which consist of approximately 120 settlements. The terrain is rugged and rocky, while the coasts are mostly cliffs. The highest point in the Faroe Islands is Slaettaratindur – 2,894 feet above sea level. The islands have a maritime subarctic climate with strong warming influence of the Atlantic Ocean, which translates into mild winters and cool summers. Overall, the islands experience more than 260 annual rainy days, with strong winds and heavy rain possible at all times of the year. 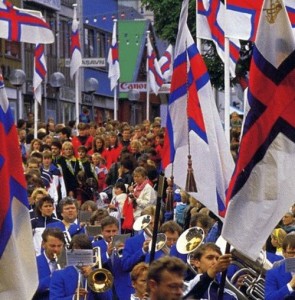 As of August 2013, the Faroe Islands are home to 49,709 people, according to an estimate provided by the CIA World Factbook. By population, the Faroe Islands are one of the most least inhabited countries on Earth, ranking 210 out of 239 nations and autonomous territories. At the time of writing, the Faroe Islands have a density of about 92 people per square mile. The population growth rate is estimated at 0.47 percent, while life expectancy at birth is of 79.98 years – 77.49 years for males and 82.64 years for females. Birthrate is rated at 13.36 births/1,000 population and death rate is of 8.67 deaths/1,000 population. Sex ratio of the total population is of 1.09 male(s)/female, a rare occurrence among the world’s countries. In 2011, when the most recent population census was made, the islands had 48,351 inhabitants. 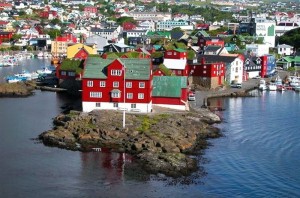 Torshavn is the capital and largest city of the Faroe Islands. It is located in the southern part on the east coast of Streymoy and has a population of approximately 13,000 people, while the greater urban area is home to about 20,000 inhabitants – almost 40 percent of the country’s total population. A prosperous and active city, Torshavn has many sites of interest, including the Tinganes, the Torshavn Cathedral, Fort Skansin and the Nordic House. Other important cities in the Faroe Islands are Klaksvik – 4,938 people – and Runavik – 3,753 people. 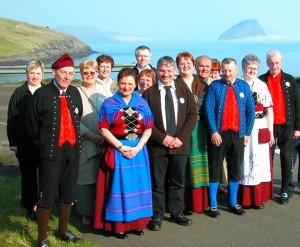 The population of the Faroe Islands are almost entirely ethnic Faroese people, of Norse descent. 98 percent of the total population are Danish citizens, meaning either Faroese, Danish, or Greenlandic. The largest group of foreigners are Icelanders – 0.4% of the population, Norwegians – 0.2%, and Poles – 0.2%, but recent statistics claim the Faroe Islands are home to people from 77 different nationalities. According to Wikipedia, recent DNA analysis have revealed that about nine out of ten males are of Scandinavian descent, while a slightly lower percentage of females are of Scottish and Irish descent. 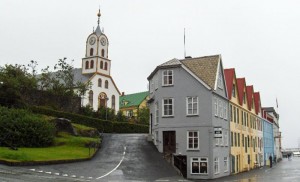 Most of the country’s inhabitants – about 83 percent – are followers of the Lutheran Church of the Faroe Islands. Other religions include small Protestant groups, including congregations of about 120 Jehovah’s Witnesses, as well as Catholics, Seventh-day Adventists, Baha’i Faith and other non-Christian groups. The Faroe Islands became Christianized sometime between the years 850 and 1000.

Faroese is the country’s official language in the Faroe Islands. Similar to Icelandic and Old Norse but closer in pronunciation to Norwegian, Faroese is one of the smallest of the Germanic languages. However, since the Faroes are part of the Danish realm, Danish is taught in schools as a compulsory second language. For the record, Faroese language policy provides for the active creation of new terms in Faroese suitable for modern life. Norwegian is also spoken by a small number of people, while English and German are used for the purposes of tourism. 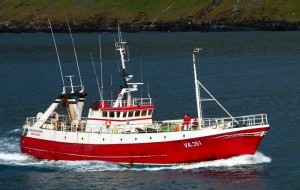 The Faroese economy is dependent on fishing, which accounts for about 95 percent of exports and nearly half of the country’s GDP. This makes the economy vulnerable to price fluctuations. Thanks to an annual subsidy from Denmark of about 3 percent of Faroese GDP, the Faroese people have a standard of living almost equal to that of Denmark and Greenland. However, the country had a gross debt of $900 million by the end of 2010. The country’s main export partners are the United Kingdom, Norway, Denmark, Spain and France. Most imports come from Denmark, Norway, Germany, Sweden and the United Kingdom.