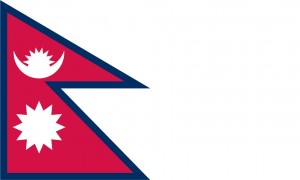 Nepal, officially known as the Democratic Republic of Nepal (Loktantrik Ganatantra Nepal), is a sovereign state located in South Asia. With an area of 56,827 square miles (147,181 square kilometers), which makes it slightly larger than the American state of Arkansas, Nepal is the world’s 93rd largest country by surface. According to the 2011 census, the Asian state has a population of about 26,500,000 which makes it the 41st most populous country in the world. (No projections available for Nepal’s 2018 population.) Nepal is bordered by the world’s most populous countries, China (to the north), and India (to the south, east and west). The country’s total border line is 1,840 miles (2,962 kilometers) long, of which 768 miles are shared with China and 1,050 miles with India.

Nepal became a republic on May 28, 2008, when the monarchy that was ruling the country through a Shah dynasty since 1768 was abolished. In its recent history, the country endured a decade long civil war between the government forces the Maoist fighters of Nepal (the Communist Party of Nepal). The armed lasted from 1996 until 2006, when it was ended by the “12-point agreement”. Nepal is a multiparty system federal republic and its current president, Ram Baran Yadav, is a member of the Nepali Congress party. He was elected in July 2008 as the country’s first president. Nepal is one of the few countries in Asia to abolish the death penalty and the first country in Asia to rule in favor of same-sex marriage. 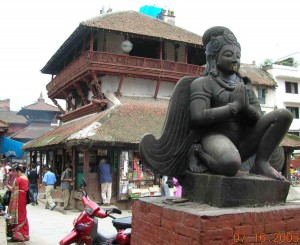 Nepal’s largest city is capital Kathmandu, which is home to 975,453 people and has a density of about 49,000 per square mile. The entire agglomerate, that including Kathmandu Metropolitan City and the Patan, Kirtipur, Thimi, Bhaktapur and other satellite urban areas, has a population of more than 2.5 million inhabitants. Kathmandu was named after the Kasthamandap temple located in the city’s Durbar Square. In Sanskrit, Kastha means “wood” and Mandap means “covered shelter”. Considered the center of the country’s economy, Kathmandu has the most advanced infrastructure of any urban area in Nepal. It’s economy is mostly focused on tourism. Nepal’s second most populous city is Pokhara, home to 255,465 people. The republic has two more cities that have a population of over 200,000 people: Lalitpur (220,802 people) and Biratnagar (201,125 people). 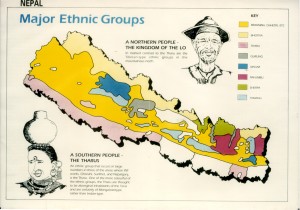 According to the 2001 census, Nepal’s population consists of no less than 102 castes and ethnic groups. 45 percent of the inhabitants are of Khas origins, while Mongoloids group account for 40 percent of the total population. The most important Khas groups are the Chhetri – 15.8 percent, and the Brahman – 12.7 percent. 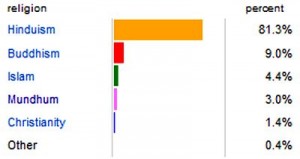 According to the 2011 census, 81.3 percent of the Nepalese population is Hindu. For the record, Nepal was the world’s last constitutionally declared Hindu state until 2006, when the constitution was amended. Nepal is also home to the famous Pashupatinath Temple, where Hindus from all over the world come for pilgrimage. Other religions with followers in Nepal are Buddhism (9 percent), Muslim (4.4 percent), Kirant (3 percent) and Christian (1.4 percent). Almost one percent of the countries inhabitants follow other religions or no religion at all. 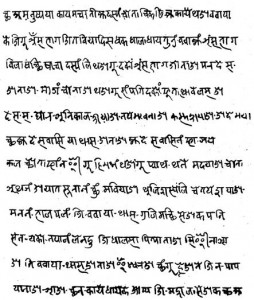 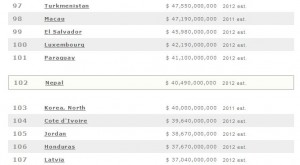 According to the CIA World Factbook, Nepal is among the poorest and least developed countries in the world, with about one-quarter of its population living below the World Bank’s international poverty line. A 2012 estimate claims that Nepal has a total Gross Domestic Product (PPP) of $40 billion and a GDP per capita of $1,400. The country’s GDP (official exchange rate) is estimated at $19.42 billion. Agriculture accounts for 35 percent of GDP, while industry is rated at 20 percent. Nepal’s main industries are tourism, garment, food & beverages, metal manufactures and herbs.