The Philippines, also officially known as the Republic of the Philippines, is an archipelago located in Southeastern Asia, between the Philippine Sea and the South China Sea, east of Vietnam. With a total area of 115,831 square miles, the Philippines is slightly larger than Arizona. By land mass, it is the 73rd largest country in the world. The sovereign island country situated in the western Pacific Ocean has a 2013 population of about 105.7 million people and has a density of 797.2 inhabitants per square mile, making it the 12th most populous country on Earth. Manila is the capital, while the largest city in the Philippines is Quezon City, with a population of approximately 2.7 million people.

Basic History of the Philippines

After being a Spanish colony during the 16th century, the Philippines were ceded to the United Stated of America in 1898 following the Spanish-American War. It was only in 1935 when the republic became a self-governing commonwealth. But in 1942, the islands fell under Japanese occupation during World War II, and United States forces and Filipinos fought together during 1944-45 to regain control. The Republic of the Philippines obtained its independence on 4th of July, 1946. Today, the republic is ruled by president Benigno Aquino III, who was elected to a six-year term in May 2010, and by Vice President Jejomar Binay.

Geography of the Philippines 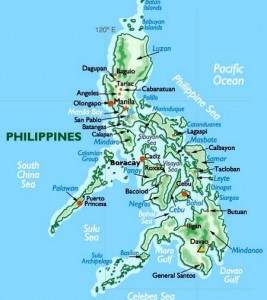 Favorably located in relation to many of Southeast Asia’s main water bodies – the South China Sea, Philippine Sea, Sulu Sea, Celebes Sea, and Luzon Strait -, the Philippine archipelago is made up of 7,107 islands. Divided into 80 provinces and 39 chartered cities, the Philippines has a total area of 115,831 square miles, being the 73rd largest state in comparison to the world. The climate is tropical marine, consisting of northeast monsoon, from November to April, and southwest monsoon, from May to October. The terrain is mostly mountainous, with narrow to extensive coastal lowlands. The lowest point in the Philippines is the Philippine Sea (-1.6 feet), while the highest peak is Mount Apo (9,692 feet). Due to its location, the Philippines is a victim of natural hazards. The country is usually affected by 15 and struck by five to six cyclonic storms each year. Other natural hazards that happen in the Philippines are landslides, volcanic eruptions, destructive earthquakes and tsunamis. In November, 2013 typhoon Haiyan claimed at least 4,000 lives though many experts feel that the true death toll may never be fully known.

2016 Population of the Philippines 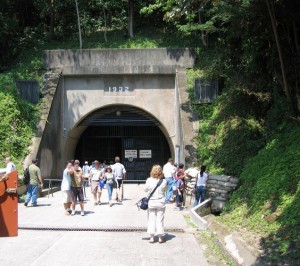 The 2013 population of the Philippines is 105,720,644 people  with a density of 797.2 inhabitants per square mile, according to July 2013 estimate provided by CIA World Factbook. By population, the Philippines is the 12th most populated nation in the world. The first official census of the Filipinos took place in 1877 and recorded a total population of 5,567,685 million people. The last census was carried out in 2011 and recorded a population of over 94 million. The numbers also show that an additional 12 million Filipinos live overseas. In 2013, the population growth rate is of 1.84%, making the Philippines the 63rd country in the world by growth of the human population. Life expectancy at birth of the total population is of 72.21 years, 69.26 years for males and 75.31 years for females. Birthrate is of 24.62 births/1,000 population, death rate is of 4.95 deaths/1,000 population, while sex ratio is of 1 male(s)/female. As stated by the National Statistics Office of the Republic of the Philippines, the population of the country is projected to reach over 140 million people by the year 2040.

2016 Largest city in the Philippines 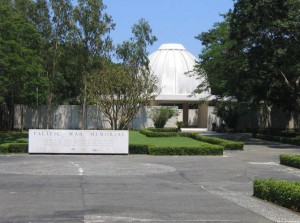 Although Manila is the capital of the Philippines, Quezon City is the country’s most populous and wealthiest city. Being one of the cities that make up National Capital Region, Quezon City was named after former president Manuel L. Quezon, the one who established it. Quezon City has a total population of 2,761,720 million people, a density of (43,040 people per square mile and a surface of 64.17 square miles. After Quezon City, the next largest city is the capital Manila, with 1,652,171 million people, followed by Caloocan, the third city that makes part of the National Capital Region, with a total population of 1,489,040 million people. Besides Quezon City, Manila and Caloocan, the National Capital Region consists of, Las Piñas, Makati, Malabon, Mandaluyong, Marikina, Muntinlupa, Navotas, Parañaque, Pasay, Pasig, San Juan, Taguig, and Valenzuela, as well as the Municipality of Pateros.

Ethnicity in the Philippines 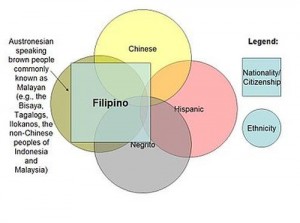 In accordance to a 2000 census, 28.1% of the Filipinos are Tagalog, 13.1% are Cebuano, 9% are Ilocano, 7.6% are Bisaya/Binisaya, 7.5% are Hiligaynon Ilonggo, 6% are Bikol, 3.4% are Waray, and 25.3% are of other ethnicity. Among the other group, the most important are distinct non-tribal groups like the Moro, the Kapampangan, the Pangasinense, the Ibanag, and the Ivatan. Philippines is also home to indigenous groups such as Igorot, the Lumad, the Mangyan, the Bajau, and the tribes of Palawan. The ones who are considered among the earliest inhabitants of these islands are Negritos, such as the Aeta and the Ati. On the other hand, in the Philippines live other nationalities as well – Chinese and Japanese in the northern islands, and Malays, Indians, Arabs in the southern islands. Japanese, Indians, Spaniards, Americans, as well as other European nationalities, are also found among the people who live in the country.

Religion in the Philippines 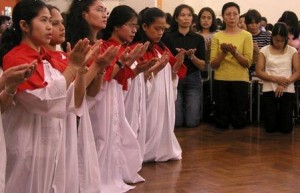 The official religion in the Philippines is Christianity, practiced by 87.4% of the total population. 82.9% of the Filipinos are Catholic, of which 80.9% are Roman Catholic, 2.3% are adherents of Iglesia ni Kristo, while 4.5% are other sorts of Christians. 2% are Aglipayan, 5% of the population is Muslim, 2.8% Evanghelical, 1.8% are followers of other religions, and 0.1% are not religious (2000 census). Other Christian religions that have adherents in the Philippines are Philippine Independent Church, United Church of Christ in the Philippines (a mainline Protestant united church), and Jehovah’s Witnesses.

Language in the Philippines

Economy in the Philippines 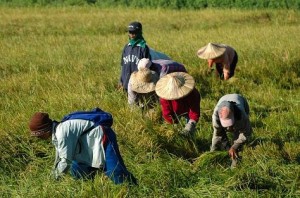 Philippine GDP growth was of 6.6% in 2012, bigger than the GDP growth recorded in 2001 (3.9%), and smaller than the one recorded in 2010 – 7.6%. With the 6.6% economic growth, the country met the government’s targeted 6%-7% growth range. With an economy based on agriculture, industry and services, underemployment is nearly 20% and more than 40% of the employees are estimated to be working in the informal sector. The GDP in 2012 was of $423.7 billion, while the GDP per capita was of $4,300. The numbers show 26.5% of the Filipinos live under the World Bank’s poverty line. Also, the public debt is of 51% of GDP and the inflation hit 3.2%. Reforming governance and the judicial system, improving regulatory predictability, building infrastructure, and the ease of doing business, attracting higher levels of local and foreign investments represent long term challenges for the government.

Please visit us again soon as we’ll be publishing the projected population of the Philippines in 2016 as well as religious maps and additional demographics data on Filipino people.