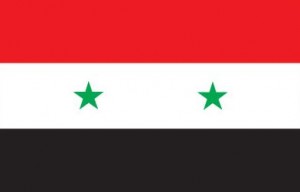 Syria, officially known as the Syrian Arab Republic, is a country situated in Western Asia, in Middle East. It borders the Mediterranean Sea, between Lebanon and Turkey. Slightly larger than North Dakota, Syria has a total land mass of 71,479 square miles, which makes it the 89th largest country in the world. With a population of about 22.4 million people and a density of 306.5 inhabitants per square mile, Syria is the 53rd most populated nation on Earth. The capital of Syria is Damascus, with a population of approximately 1.7 million people, while the largest city is Aleppo, with approximately 2.1 million people. 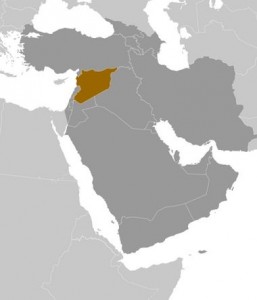 After World War I, the province of Syria, part of the former Ottoman Empire, was under French mandate. Syria became independent from France in 1946 and, in its first decades as an independent country, it faced a series of military coups caused by lack of political stability. In 1958, Syria and Egypt united under the United Arab Republic, which lasted only for three years, until 1961, when Syria became the Syrian Arab Republic, the official name that has lasted until today. Even so, in the Arab-Israeli War from 1967, Syria lost the Golan Heights to Israel. Despite the peace talks during the 1990’s, the territory has never been returned and it came under the military control of UN peace keeping forces. The young nation came about through political instability in 1970, after a member of the socialist Ba’th Party, Hafiz al-Assad, seized power in a bloodless coup.

After the death of president al-Assad, Bashar al-Assad, his son, became the new president of Syria after a popular referendum which was held in 2000. Bashar al-Assad was reelected as president in 2007 and, despite the civil war, he is still Syria’s head of state. 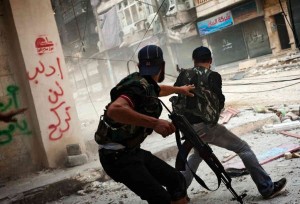 The civil war in Syria started on January 26th, 2011 as a series of anti-governmental protests, part of the demonstrations against the government which took place in most of the Arab countries. The protesters from Syria want political freedom and fight against the Hafiz and Bashar al-Assad’s dictatorial and uniparty regime. Moreover, people from Syria protest against the hegemony of Alawi Sect from Syria and Lebanon, against the members of the government close to the al-Assad family, against the army and the security forces, and against corruption, unemployment and of human rights violation. The Bashar al-Assad regime responded through using tanks against people for the first time in 2011 and the fire hasn’t stopped until now. The number of victims of the civil war in Syria is uncertain so far. While the United States has asserted that the government of President Bashar al-Assad killed 1,429 people, Britain and France announced lower numbers. Because of the civil war, Syria became isolated from the countries in the region. 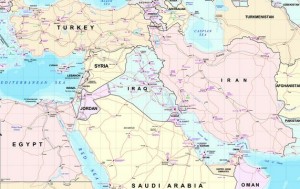 Located in the Middle East, Syria borders Turkey to the north, to the west Lebanon and the Mediterranean Sea, Jordan to the south, and Israel to the southwest. With a total land mass of 71,479 square miles, Syria is the 89th largest country in the world. Besides being divided into 14 provinces, in Syria there are 41 Israeli settlements and, even though the Golan Heights is occupied by Israel, civilian use these sites. Syria has a desert climate, with dry and hot summers, between June and August, and with mild and rainy winter along the coast, between December and February. However, in the capital Damascus the weather is cold, periodically with snow or sleet. The terrain consists of mountains to the west, narrow coastal plain, and desert and primarily semiarid plateau. The lowest point is Syria is an unnamed location near Lake Tiberius, while the highest peak is Mount Hermon (9,232 feet). Syria has natural resources such as asphalt, chrome and manganese ores, gypsum, hydropower, iron ore, marble, petroleum, phosphates, and rock salt. As for natural hazards, Syria is a victim of dust storms, sandstorms, and volcanism. It has two active volcanoes, Es Safa and an unnamed volcano situated near its border with Turkey. Even though they are active, the volcanoes haven’t erupted in centuries. Like other countries around the world, Syria has some environmental issues such as deforestation, desertification, inadequate potable water, overgrazing, soil erosion, and water pollution from raw sewage and petroleum refining wastes. 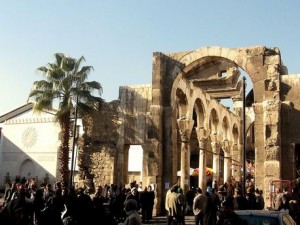 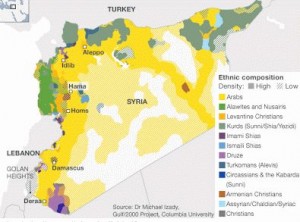 Closely related to their immediate neighbors, Jordanians, Palestinians, and Lebanese, Syrians are indigenous Levantine people. According to CIA, the dominant ethnic group in Syria is Arab (both Syrian and Palestinian), with 90.3%, followed by Kurds, Armenians, and other minority groups which account for 9.7% of the total population. In Syria also live about 1.3 million Iraqi refugees and around 877,000 Assyrians/Syriacs. On the other hand, in matters of emigrants, millions of people with Arab ancestry live in Brazil. 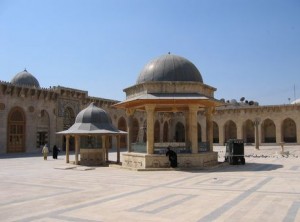 The official religion in Syria is Sunny Muslim (Islam), practiced by 74% of the total population, according to CIA. Other people living in Syria are of Muslim faith (includes Alawite, Druze), which account for 16%. The next most practiced religions in Syria are Christian (various denominations), accounting for 10%, and Jewish (tiny communities in Damascus, Al Qamishli, and Aleppo). Other numbers show that Sunni Islam accounts for 60%, Alawites for 12%, Christianity for 10%, and other for 18%.

Syria’s official language is Arabic, spoken by the majority of the population. In fact, there are several modern Arabic dialects spoken across Syria. Other languages used in Syria are Armenian, Aramaic (was the lingua franca in Syria before the advent of the Arabic language; still spoken by Assyrians and Classical Syriac and it’s used as the liturgical language of various Syriac Christian denominations), Circassian (widely understood), Kurdish (in its Kurmanji form), and Turkish (South Azeri dialect). Regarding foreign languages, especially French and English (somewhat understood), are spoken by many educated Syrians.

Despite a modest economic growth in 2010 (3.4%), Syria began recording a negative economic growth (-2.3%) with the beginning of the civil war, in 2011. More precisely, Syria’s economy is shaken by the conflict between civilians and Bashar al-Assad’s army. The GDP was of $107.6 billion in 2012, lower than the one in 2011, of $110.1 billion, and from the one in 2010, $113.9 billion. On the other hand, the Syrian economy contracted in 2012 also because of international sanctions. The effects of the declining economy in Syria are raising budget and trade deficits, dwindling foreign exchange reserves, and the devaluation of the Syrian pound. The upside is that Damascus has liberalized the economic policies, which means opening private banks, cutting lending interest rates, raising prices on some subsidized items, consolidating multiple exchange rates, and establishing the Damascus Stock Exchange. Another bad part is that the government is the one which is ruling the economy. With a GDP per capita of $5,100, 11.9% of the Syrians live under World Bank’s poverty line. As for long-term challenges, Syria must manage to break through foreign trade barriers, improve oil production, decrease the unemployment rate, and raise its budget.