Hungary is a landlocked country in Central Europe, northwest of Romania. With a total area of 35,919 square miles, Hungary is slightly smaller than Indiana and is ranked 110th among the largest countries in the world. Hungary’s 2013 population is approximately 9,900,000 people and the country has a density of 279 inhabitants per square mile. By population, it is the 87th most populated nation on Earth. Hungary’s capital and largest city is Budapest, with about 3.2 million people and a density of 1,100 inhabitants per square mile.

In 1000 AD, Hungary became a Christian kingdom and served as a solid hindrance to Ottoman Turkish expansion across Europe. Even though Hungary won its independence on November 16, 1918, following World War II it fell under Communist rule, like most of the European countries. Mostly known for the invention of Rubik’s cube (by Erno Rubik), by composer Franz Liszt, and by actor Bela Lugosi who played Dracula in the first authorized film adaptation of Dracula, Hungary is a parliamentary democracy member of the European Union (EU), the North Atlantic Treaty Organization (NATO), and the Schengen Agreement. Despite the fact that both Hungary and its neighbor Romania are members of the European Union and the North Atlantic Treaty Organization, Hungary has a dispute with Romania over the so-called “Transylvania problem” because, throughout of history, the territory of Transylvania has often been a subject of argument between the two states. 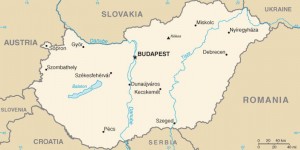 Bordered by Serbia and Croatia to the south, Slovakia to the north, Austria to the west, Ukraine and Romania to the east, and Slovenia to the southwest, Hungary is strategically located astride main land routes between Western Europe and Balkan Peninsula as well as between Ukraine and the Mediterranean basin. With a total surface of 35,919 square miles, Hungary is the 110th largest country in comparison to the world. Hungary is divided both geographically and administrative: the north-south flowing Danube and Tisza Rivers divide the country into three large regions; also, Hungary is divided into 19 counties, 23 urban counties, and one capital city. The climate is Hungary comprises cold, cloudy winters and warm summers. Its terrain is rolling plains with low mountains on the Slovakian border. The lowest point in Hungary is Tisza River (south of Szeged – 249 feet), while the highest peak is Kekes (3,327 feet). Due to pollution, Hungary has several environmental issues. The upgrading of the country’s standards in waste management, energy efficiency, and air, soil, and water pollution to meet EU requirements will require large investments. 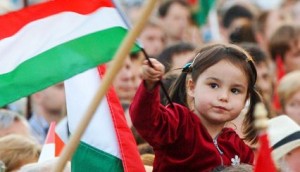 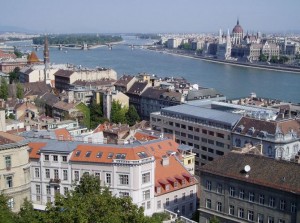 Budapest is the capital and the largest city in Hungary, with a total population of 3,284,110 people and a density of 1,100 inhabitants per square mile. Budapest is not only the largest city in Hungary, but also the largest one in East-Central Europe. Budapest became one city after the union of fortresses Buda and Pest (military frontiers, situated on the two banks of Danube) in 1873. More precisely, Budapest is partitioned by the Danube River in the old city, Buda, and the new city, Pest. The next largest cities in Hungary are Debrecen (211,320 people), Szeged (170,052 people), Miskolc (167,754 people), and Pecs (156,801 people). 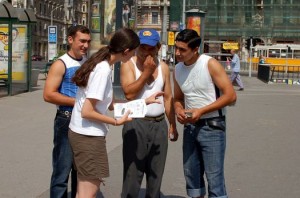 The demographics of Hungary as well as its ethnic groups have fluctuated significantly over time due to migrations and territorial changes. According to the 2011 census, the dominant ethnic group in Hungary is the Hungarians, accounting for 84% of the total population. The next largest ethnic group is Roma, with 3.1% of the population, followed by German (1.3%), Slovaks (0.3%), Romanians (0.2%), Croats (0.2%), Serbs (0.1%), others (0.6%), and not stated (14.7%). On the other hand, a 2001 census showed that 94% were Hungarian people, while 6.4% were of other or unspecified nationalities.

The official language in Hungary is Hungarian, of the Ugric subset of Uralic languages and is somehow related to Estonian and Finnish. In accordance to the 2011 census, Hungarian is spoken by 99% of the population. Hungarians also speak German, Slovak, Croatian, Romanian, Ukrainian, Serbian and Slovenian. As stated by the 2001 census, 94% of Hungarians speak the Hungarian language, while 6% were using other or unspecified languages. While less than 10,000,000 speak the Hungarian language within the country’s borders, some language experts believe that as many as an additional 2,500,000 people speak it globally, with sizable populations in Canada and Austria listen it as a second spoken language. 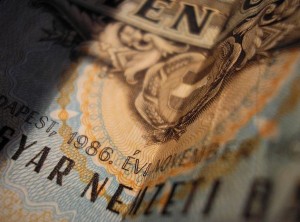