Montenegro, which means “Black Mountain”, is a republic located in Southeastern Europe, northwest to Bosnia and Herzegovina, northeast to Serbia, southeast to Albania, and west to Croatia. With a total area of 5,019 square miles, Montenegro is slightly smaller than Connecticut. By surface, it is the 162nd largest country in the world. It has a population of about 653,000 people and a density of 125 inhabitants per square mile, which makes it the 167th most populous nation on Earth. The capital and the largest city in Montenegro is Podgorica, with approximately 185,000 people. 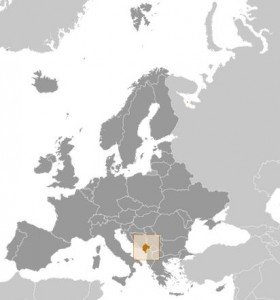 The name “Crna Gora”, Montenegro in Montenegrin language, dates from the 13th century and refers to a highland region in province Zeta, in Serbia. Later, the region became a medieval state and kept existing until 1496, when the region fell under the Ottoman Empire rule. But, even if it was part of the Ottoman Empire, Montenegro was able to maintain a level of autonomy. Between 16th and 19th centuries, Montenegro existed as a theocracy and was ruled by bishop princes until 1852, when it became a secular principality. At the Congress of Berlin, which was held in 1978, Montenegro was recognized as an independent sovereign principality. During World War I, Montenegro was on the Allies side. After World War I, it became part of the Kingdom of Serbs, Croats, and Slovenes, which later, in 1929, became the Kingdom of Yugoslavia. After World War II, the Kingdom of Yugoslavia became the Socialist Federal Republic of Yugoslavia and Montenegro was one of its constituent republics. In 1992, when the Socialist Federal Republic of Yugoslavia dissolved, Montenegro federated with Serbia and formed the Federal Republic of Yugoslavia and after 2003 the two states became the State Union of Serbia and Montenegro. The country officially restored its independence on 3 June 2006, after a referendum held in May. In order to hold the referendum, Montenegro invoked its right underneath the Constitutional Charter of Serbia and Montenegro and carried out a vote on independence from the state union.

Strategically located in Southeastern Europe, along the Adriatic coast, Montenegro is divided into 21 municipalities. It has a total surface of 5,019 square miles, which makes it the 162nd largest country in the world. The climate in Montenegro is Mediterranean, with a hot dry weather during summers and autumns and with heavy snowfalls inland during relatively cold winters. Its terrain consists mostly of highly bended coastline, but also of narrowed coastal plains and high limestone plateaus and mountains. The lowest point in Montenegro is in the Adriatic Sea, while the highest peak is Bobotov Kuk (8,314 feet). It has natural resources such as hydroelectricity and bauxite, but is also a victim of natural hazards like destructive earthquakes. Regarding environment, Montenegro has some current issues like pollution of coastal waters from sewage outlets, especially in tourist-related areas (such as Kotor). 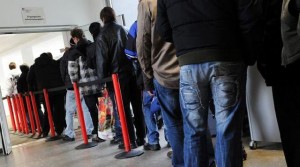 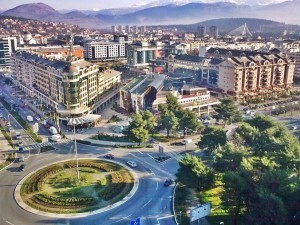 The capital and the largest city in Montenegro is Podgorica. In Montenegrin language, Podgorica means “under the small hill”. Podgorica has a total population of 185,937 and a density of 300 inhabitants per square mile. However, Montenegro’s Constitution mentions that Cetinje, a town of an enormous spiritual and historical value to Montenegro, is the Old Royal Capital. Cetinje has a population of about 18,482 and a density of 50 inhabitants per square mile. The next largest cities in Montenegro after Podgorica are Niksic, with 72,443 poople, Bijelo Polje, with 46,081 people, Herceg Novi, with 30,864, and Pljevlja, with 30,786 people. 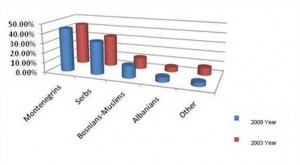 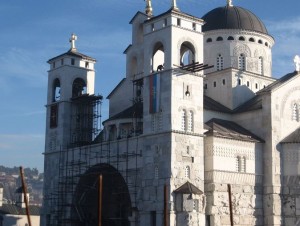 Historically, Montenegrins have been members of the Serbian Orthodox Church, which is governed by Metropolitanate of Montenegro and the Littoral. More precisely, Serbian Orthodox Christianity is the dominant and the most popular religion in Montenegro, practiced by 72.07% of the total population. There is also The Montenegrin Orthodox Church, but it has not been recognized. The other religious groups in Montenegro have guaranteed rights, but are separate from the state: Islam/ Muslims (19.11%), Catholics (3.44%), atheists (1.24%), Christians (0.24%), Adventists (0.14%), Agnostics (0.07%), Jehovah’s Witnesses (0.02%), Protestants (0.02%), Buddhists (0.02%), other (1.02%), and without declaration (2.61%). The 2003 census revealed that the population of Montenegro was 74.2% Orthodox, 17.7% Muslim, 3.5% Catholic, 0.6% of other religions, 3% of unspecified religion, and 1% atheist. 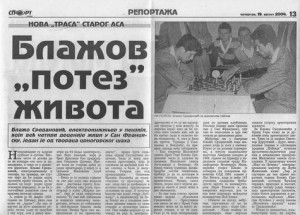 The official language in Montenegro is Montenegrin, while Albanian, Bosnian, Croatian, and Serbian are official regional languages, according to the October 2007 Constitution. Even though at the 2011 census Serbian was declared the mother tongue of the majority of the population, Montenegrin language is the mother tongue of those who are under 18. According to the 2011 census, 42.88% of the total population speaks Serbian, 36.97% speaks Montenegrin, 5.33% speaks Bosnian, 5.27% speaks Albanian, 2.03% speaks Serbo-Croatian, 0.83% speaks Roma, 0.59% speaks Bosniak, and 0.45% speaks Croatian. Other languages used in Montenegro are Russian, Serbo-Montenegrin, Macedonian, Montenegrin-Serbian, Hungarian, Croatian-Serbian, Slovene, and Romanian. English and German are the most spoken foreign languages. Adversely, the 2003 census showed that Serbian was spoken by 63.6% of the total population, Montenegrin by 22%, Bosnian by 5.5%, Albanian by 5.3%, and %, unspecified (including Croatian) by 3.7%. 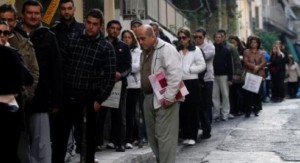 With and economy based mostly on services (87.9%), industry (11.3%), and agriculture (0.8%), Montenegro is transitioning to a market system economy. Among the institutional changes that have to be made is the privatization of the state-owned enterprises, which are unprofitable and weigh on public finances. In 2012, Montenegro’s GDP was of $7.461 billion, almost at the same value as the GDP in 2011 ($7.458 billion) and in 2010 ($7.226 billion). Unlike previous years, for instance, 2011, when it managed to have a 3.2% economic growth, and 2010, when it had a 2.5% economic growth, in 2012 it had a 0% economic growth. With a GDP per capita of $12,000, 6.6% of the Montenegrin live under World Bank’s poverty line. Montenegro’s main goal is to join the European Union (EU) and the European Council (EC) granted candidate country status to Montenegro at the session held in December 2010, so the negotiations begun in June 2012. In order to join the EU, Montenegro has to fight unemployment, regional disparities, corruption, and organized crime.