Commonly known as North Korea, the Democratic People’s Republic of Korea is a country located in the northern half of the Korean Peninsula, in East Asia. North Korea has a total land mass of 46,528 square miles and it’s the world’s 98th country by area. In 2013, North Korea’s population is estimated at 24.7 million, ranked 49 in the world, while density is rated at 514 people per square mile. North Korea’s capital is Pyongyang, the Republic’s largest city by both area and population, being home to about 2.8 million people. 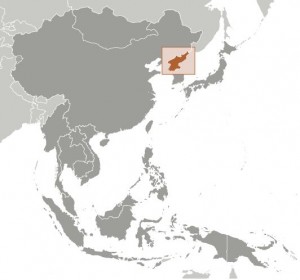 The modern history of North Korea begins in the late 19th century. Following the Sino-Japanese War of 1894-1895, the Joseon Dynasty-led territory was renamed the Korean Empire, and was later annexed by the Empire of Japan in 1910, for 35 years of military rule. The Korean Peninsula was divided into two occupied zone after the surrender of Japan at the end of World War II in 1945, with the northern half of the peninsula occupied by the Soviet Union and the southern half by the United States. After Soviet and US forces withdrew from Korea, Kim Il-Sung’s North Korea invaded the south, leading to the Korean War, which lasted from 1950 through 1953. Although the conflagration ended following the 1953 Armistice, the war was never declared as over in official terms. However, a North-South Joint Declaration was signed in 2000, in which the two countries promised to seek peaceful reunification.

Even though North Korea recovered quickly from the war, recording a higher economic growth compared to South Korea until the 1960s, today’s economy is challenged by severe problems, with industrial and power output at pre-1990 levels and chronic food shortages. 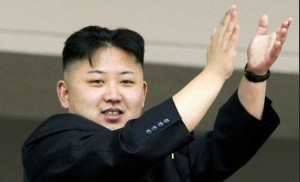 On December 17, 2011, Kim Jong-il, also known as the Supreme Leader of North Korea, died from a heart attack. He was replaced by his youngest son Kim Jong-un, who was 27 (or 28) by the time he assumed office. In March 2013, North Korea made several belligerent declarations, announcing its intentions to launch a preemptive nuclear strike against the United States, the “sworn enemy of the Korean people”. Also, North Korea announced that it has withdrawn from all non-aggression pacts with South Korea and that it was in “a state of war” with its neighbor. In June, the North Korean government proposed new talks with South Korea, which were immediately accepted by the southern counterpart. 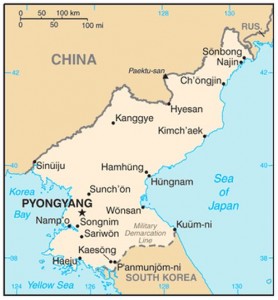 North Korea occupies the northern portion of the Korean Peninsula and covers an area of 46,528 square miles, making it the world’s 98th largest country by land mass. Slightly smaller than the state of Mississippi, the Asian republic has a 1038.6-mile long border line. North Korea is bordered by China and Russia to the north, and South Korea to the south, along the Korean Demilitarized Zone. North Korea has access to the Yellow Sea and Korea Bay to the west, and the Sea of Japan (East Sea of Korea) to the east.

About 80 percent of North Korea consists of mountainous areas and uplands, with its highest point being the Baekdu Mountain at 9,003 feet. North Korea has a continental climate with long and cold winter and sort, hot & humid summers. The transitional spring and autumn seasons provide by mild temperatures and variable winds. 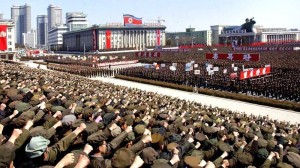 In accordance with a July 2013 estimate by the CIA World Factbook, North Korea is home to 24,720,407 people, the world’s 49th most populous country, and has a density of about 514 people per square mile. With very small numbers of ethnic minorities, North Korea’s population one of the most ethnically and linguistically homogenous in the world. The last census occurred in 2008 and revealed a total population of 24,052,231. In 2013, North Korea has a population growth rate of 0.53 percent, while life expectancy is estimated at 69.51 years, with 65.65 years for males and 73.55 years for females. Birthrate in North Korea is of 14.49 births/1,000 population and sex ratio is 0.94 male(s)/female. North Korea’s population is expected to reach 34 million people by 2045. 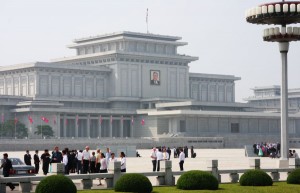 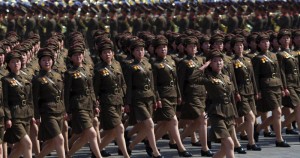 An ethnically homogenous country, North Korea is populated by Koreans and very small communities of ethnic Chinese, Japanese and Vietnamese. More than four million ethnic Koreans live outside North Korea, mostly in China, but immigration to North Korea is almost unheard of. The demographics of North Korea are difficult to assess due to the limited amount of data available from the government. 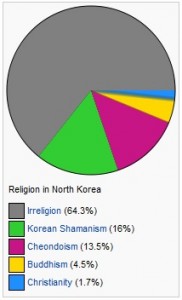 Although the North Korean constitution states that freedom of religion is permitted, free religious activities no longer exist in North Korea, with the government sponsoring selected religious groups only to create an illusion of religious freedom. While the country has a strong Buddhist and Confucian heritage, about 64.3 percent of the population are said to be adherents of the Juche philosophy, a political thesis introduced by Kim Il-sung in 1955. Korean shamanism accounts for 16 percent of the population, while 13.5 percent of the inhabitants follow Cheondoism, also known as the “religion of the Heavenly Way” which adheres to the belief that God exists in all of us. 4.5 percent of the population is Buddhist and the remaining 1.7 percent are followers of the Christian church. North Korea is commonly known as the country with the most severe persecution of Christians in the world, with up to 70,000 Christians being detained in prison camps and reported executioins. 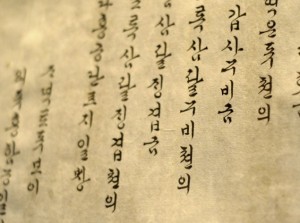 North Korea shares the Korean language with South Korea, although a few dialect differences are known to exist. Additional data related to other languages spoken in North Korea is not available, but Chinese, Japanese and Vietnamese are most likely spoken amongst minority communities. 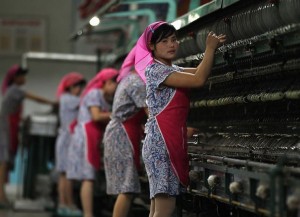 North Korea has an almost entirely government-planned, state-owned economy and it’s one of the only two remaining countries in the world with such highly centralized planned economy. The other one is Cuba. North Korea has adopted an isolation policy through which international trade is highly restricted. North Korea has attracted some foreign investment from China and Russia, mainly for renovating roads and railways. With a GDP per capita of about $1,800, North Korea is one of the world’s poorest and least developed countries. As of 2011, the average official wage in North Korea was equivalent to only $2 per month. Unofficially, monthly income was estimated to be around $15 because most citizens earn money in illegal small businesses, such as trade, subsistence farming, and handicrafts. The World Food Program reported malnutrition and food shortages for 2013, with other reports claiming famine has returned to parts of North Korea.

Please visit this page again soon as we’ll be posting current 2014 population and demographics data for North Korea as it is made available as well as an updated religious map.