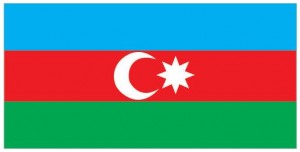 Azerbaijan, officially known as the Republic of Azerbaijan, is located in the Caucasus region at the crossroads of Western Asia and Eastern Europe. With a total area of 33,436 square miles, Azerbaijan is the largest country in the Caucasus region and the world’s 114th largest state by land mass. By population, Azerbaijan is the 89th most populated country on Earth, being home to almost 9,600,000 people. Bordered by Russia to the north, Georgia to the northwest, Armenia to the west and Iran to the south, Azerbaijan has 1,250 miles of land boundaries. The country is also bounded by the Caspian Sea to the east. Azerbaijan’s capital and largest city is Baku. Also the largest city of the Caucasus region, Baku is home to 2.1 million people and has a density of 2,580 inhabitants per square mile. 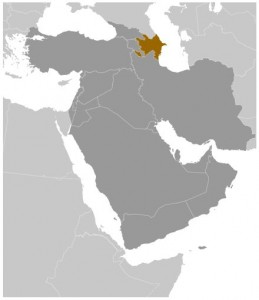 Part of the Russian Empire until the collapse of the regime during World War I, Azerbaijan became a member of the brief Transcaucasian Democratic Federative Republic, together with member nations Armenia and Georgia. The country declared its independence as the Azerbaidjan Democratic Republic in 1918, when the Transcaucasian Republic dissolved. On April 28, the country became a Soviet Socialist Republic and part of the USSR until October 18, 1991, when it became independent again following the collapse of the Soviet Union. Present day Azerbaijan is a dominant-party unitary presidential state ruled by President Ilham Aliyev. The country’s current constitution was adopted on November 12, 1995.

Azerbaijan’s early years of independence were overshadowed by the Nagorno-Karabakh War with Armenia. By the time the 1994 Ceasefire was signed, Armenia had occupied and expelled over half million people from up to 20 percent of the Azerbaijani territory, which included Nagorno-Karabakh, its surrounding territories and the enclaves of Karki, Yukhary Askipara, Barkhudarly, and Sofulu. Estimates claim that about 30,000 people were killed during the Nagorno-Karabakh War. The Nagorno-Karabakh Republic remained a de facto independent but unrecognized state. The territory is internationally recognized as part of Azerbaijan, but the Baku government has not exercised power over most of the region since 1991. Armenia and Azerbaijan have been holding peace talks mediated by the OSCE Minsk Group on the region’s disputed status since the 1994 Ceasefire. 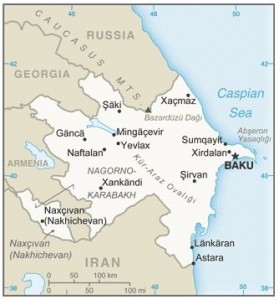 Azerbaijan is located in the South Caucasus region of Eurasia, at the crossroads of Western Asia and Eastern Europe. It has a total area of 33,436 square miles (86,600 square kilometers) and it’s the largest country in the Caucasus region and the world’s 114th largest state by land mass. Azerbaijani territory consists of the Greater Caucasus mountain range to the north, the Caspian Sea shorelines to the west and the extensive flatlands at the country’s center. The lowest point lies in the Caspian Sea (-92 feet), while the highest point is Mount Bazarduzu (14,652 feet). Azerbaijan has no less than 9 out of 11 existing climate zones. The Caucasian country is also home to Yanar Dag (“the Burning Mountain”), which is a natural gas fire that blazes continuously on a hillside on the Absheron Peninsula near Baku. Yanar Dag is an important tourist attraction. 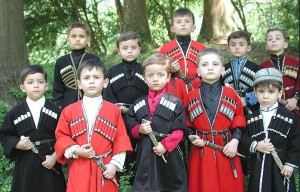 As of August 2013, Azerbaijan has a population of 9,590,159 people, in accordance with an estimate provided by the CIA World Factbook, making it the world’s 91st most populous country. With a density of 287 people per square mile, Azerbaijan ranks 101st among the Earth’s most dense sovereign states and dependent territories. The country’s growth rate in 2013 is estimated at 1 per cent, while birthrate is 17.17 births/1,000 population. Sex ratio of total population is 0.98 male(s)/female, and life expectancy is 71.61 years (68.65 years for males and 74.97 years for females). The last population census occurred in 2009 and revealed that Azerbaijan was home to almost 8.9 million people. As stated by a past population census done by the government, the Azerbaijani population doubled between 1960 and 2000, growing from 3.8 million to 8 million. According to the World Bank, Azerbaijan population will reach 10.6 million in 2030 and 11.3 million in 2050. 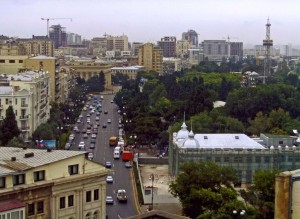 Baku is the capital and largest city of Azerbaijan. Located on the southern shore of the Absheron Peninsula, Baku has an area of 820 square miles, a population of about 2.1 million people and a density of 2,580 people per square mile. Also the largest city on the Caspian Sea and of the Caucasus region, Baku is the scientific, cultural and industrial center of Azerbaijan. The name Baku is reportedly derived from the old Persian names of the city – Bad-kube, meaning “Wind-pounded city”. Besides Baku, Azerbaijan has only two more cities that have more than 100,000 inhabitants: Ganja – 314,600 people, and Sumqayit – 312,000 people. Sumqayit has the dubious distinction of being one of the most polluted cities in the world. The next cities by population are Mingachevir (97,000 people), Lankaran (83,300 people) and Shirvan (78,100 people). 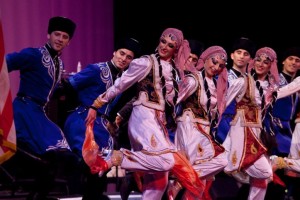 According to the 2009 population census, 91.6 percent of the country’s inhabitants are part of the Azerbaijani ethnic group. Important minorities in Azerbaijan are Lezgians (2 percent), Armenians (1.3 percent), Russians (1.3 percent) and Talysh (1.2 percent). Most Armenians live in the separatist region of Nagorno-Karabakh. Other ethnic groups, which account for 2.4 percent of the populations, include Avars, Turks, Tatars, Tats, Ukrainians, Tsakhurs, Georgians, Jews, and Kurds. It’s also worth noting that Azerbaijanis are the largest minority in Iran, comprising nearly 16 percent of Iran’s population. 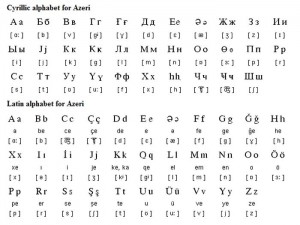 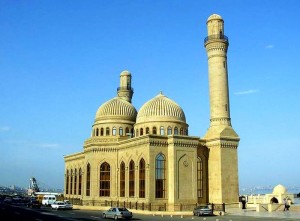 According to its Constitution, Azerbaijan is a secular state and ensures religious freedom. About 95 percent of Azerbaijanis are followers of the Muslim religion, with 85 percent being Shia Muslims and 15 percent being Sunni Muslims. Azerbaijan is also known to have the second highest Shia population percentage after Iran. Religious minorities include about 5 percent Christians, most of them being Russian Orthodox, Georgian Orthodox and Armenian Apostolic (in Nagorno-Karabakh). There are also Jewish, Bahá’í, Hare Krishna, Jehovah’s Witnesses, Albanian-Udi, Hindu and Zoroastrian communities in the country. 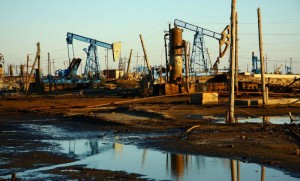 After declaring its independence in 1991, Azerbaijan became a major oil based economy. Azerbaijan’s GDP had spectacular growths from 2005 through 2007, ranging from 26.4 percent in 2005 to 34.6 percent and 41.7 percent in 2006 and 2007 respectively, the latter being the highest of any nation worldwide. However, the GDP growth rate slowed down starting 2008 and dropped 0.1 percent in 2011. Despite benefiting from large oil reserves as a major contributor to the economy, Azerbaijan faces public and private sector corruption and structural economic inefficiencies, particularly in non-energy sectors. The country’s main export partners are Italy, France, India, Indonesia, Germany and Israel, while main import partners include Turkey, Russia, China, Germany, the United Kingdom, the United States and Ukraine. About 11 percent of the country’s population struggles below the World Bank’s poverty line.