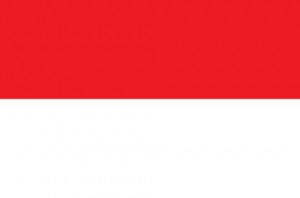 Indonesia, which in Greek means “island” from “Indos” and “nesos”, is officially known as the Republic of Indonesia. Situated in Southeast Asia (between the Indian and the Pacific Oceans), it is the world’s largest archipelagic state. Straddling the equator, Indonesia borders Papua New Guinea, Malaysia, and Timor-Leste. With a total area of 735,358 square miles, it is slightly less than three times the size of Texas. By surface, it is ranked 15th in comparison to the world. Indonesia has a population of about 251,000,000 people and a density of 322.87 inhabitants per square mile, making it the 4th most populated country in the world. The capital and the largest city in Indonesia is Jakarta, with approximately 28 million people and a density of 11,350 persons per square mile. 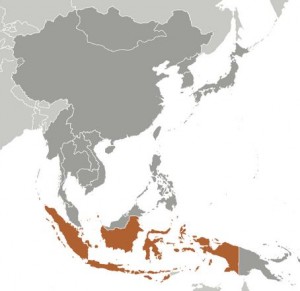 After being colonized by the Dutch in the early 17th century and being occupied by Japan between 1942 and 1945, Indonesia declared its independence following World War II, after Japan’s surrender on 2nd of September 1945. Becoming an independent sovereign nation, though, took 4 years of intermittent negotiations, sometimes intense fighting, and UN mediation. After all these, the Netherlands accepted to transfer sovereignty in 1949. During the next period of time, Indonesia passed through whirling waters: it was a parliamentary democracy but it ended in 1957, it faced an abortive coup in 1965, while between 1967 and 1988 it was ruled by President Suharto. The first free and fair legislative elections were held in Indonesia in 1999. The country reached a historical peace agreement with armed separatists in Aceh in 2005. After this, in December 2006, there were carried out democratic elections in Aceh. Regarding the situation in Papua, Indonesia faces mild armed resistance by the separatist Free Papua Movement. Today, Indonesia is a unitary presidential constitutional republic, ruled by President Susilo Bambang Yudhoyono and Vice President Boediono. 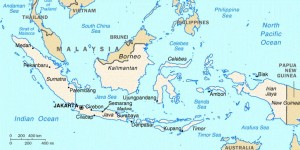 Strategically situated in Southeastern Asia, along or astride major sea lanes from Indian Ocean to Pacific Ocean, Indonesia has a total area of 735,358 square miles. By land mass, it is the 15th largest country in the world. Being an archipelago that numbers 17,508 islands, of which about 6,000 inhabited, Indonesia is divided into 31 provinces, 2 special regions, and one special capital city district. It borders Malaysia, Palau, Singapore, Thailand, the Philippines, and Vietnam to the north, India to the northwest, Australia to the south, and East Timor and Papua New Guinea to the east. Indonesia has a tropical climate, which is humid and hot, but also more moderate in highlands. Its terrain mostly consists of coastal lowlands, with interior mountains in the larger islands. The lowest point in Indonesia is the Indian Ocean, while the highest peak is Mount Carstensz (Puncak Jaya), with 16,024 feet. Indonesia is rich in natural resources, including forestry, natural gas and petroleum. Because of its geographical position, Indonesia is a victim of earthquakes, forest fires, occasional floods, severe droughts, tsunamis, and volcanoes. Boasting more volcanos than any country in the world, Indonesia has 76 active volcanoes! Regarding the environment, Indonesia faces some current issues like air pollution in urban areas, smoke and haze from forest fires, deforestation, sewage, and water pollution from industrial wastes. 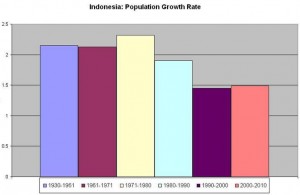 Indonesia has a total population of 251,160,124 people and a density of 322.87 inhabitants per square mile, as stated by a July 2013 estimate provided by CIA World Factbook. Following China, India and the United States, Indonesia is the world’s 4th most populous country. The last population census that was held in Indonesia took place in 2010 and showed a total population of 237,424,363 people. In three years’ time, between 2010 and 2013, Indonesia’s population has increased with 13,735,761 people. As of 2013, the population growth rate is of 0.99%. As stated by the CIA, the degree of major infectious diseases is very high of food or waterborne diseases, but also of vectorborne diseases.

For instance, there is a high risk of contracting typhoid fever, hepatitis A, bacterial diarrhea, malaria, and dengue fever. Life expectancy at birth of the total population in Indonesia is of 71.9 years, 69.33 years for males and 74.59 years for females, while sex ratio is of 1 male(s)/female. Birth rate is of 17.38 births/1,000 population and death rate of 6.31 deaths/1,000 population. According to a projection made the Pardee Center for International Futures at the University of Denver, Indonesia’s population will reach 280.4 million people in 2030 and 300.4 million people in 2060.

You might enjoy the video about the history of Indonesia and Java culture. 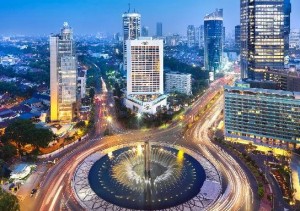 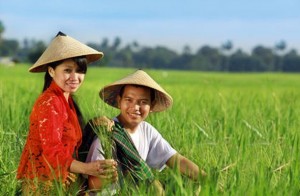 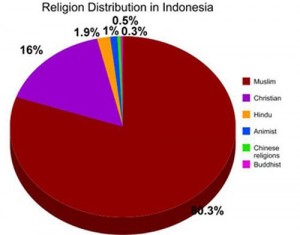 Even though the Indonesian Constitution stipulates religious freedom of the population, there are only six religions that are officially recognized by the government: Buddhism, Confucianism, Hinduism, Islam, Roman Catholicism, and Protestantism. However, Indonesia is the world’s largest Muslim-majority country, with Islam adherents accounting for 87.2% of the total population. The next important religious groups in Indonesia are Christian (9%), Hindu (2%), and Buddhist or other (2%). As for the 2000 census, Muslim accounted for 86.1%, Protestant for 5.7%, Roman Catholic for 3%, Hindu for 1.8%, and other or unspecified for 3.4%. 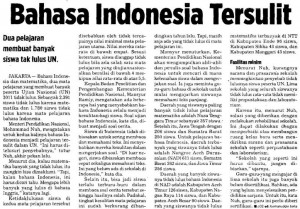 Even if in Indonesia there are 742 different languages and dialects, Indonesian is the official national language. Indonesian is a form of Malay, based on the dialect of the Johor-Riau Sultanate, which was the lingua franca of the archipelago for centuries. Because it is universally taught in schools, Indonesian is spoken by nearly every person living in Indonesia. Even so, the majority of Indonesians speak at least one of the 742 languages and dialects as their native language. Out of these local languages, Javanese is the most used. According to the 2000 census, Bahasa Indonesia (official, modified form of Malay) is the most used language in Indonesia. People also speak local dialects, Javanese being the most widely spoken. As foreign languages, many Indonesian people tend to speak English and Dutch. 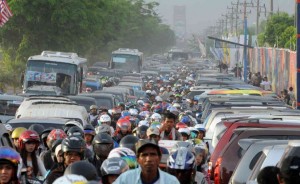 Due to the introduction of significant reforms under the first mandate of President Susilo Bambang Yudhoyono, including the use of Treasury bills, capital market supervision and development, and customs and tax reforms, Indonesia managed to grow more than 6% yearly between 2010 and 2012 (6.2% economic growth in 2010, 6.5% in 2011, and 6.2% in 2012). Indonesia’s GDP in 2012 was of $1.237 trillion, lower than the GDP in 2011 ($1.164 trillion) and higher than the one in 2010 ($1.093 trillion). With a GDP per capita of $5,100, 11.7% of the Indonesians still live under World Bank’s poverty line. As a result of the governments fiscally conservative policies, Indonesia operated historically low rated of inflation, a fiscal deficit below 3%, and a debt-to-GDP ratio of less than 25%. Also, Indonesia’s credit rating was upgraded to investment grade in December 2011 by Fitch and Moody’s. As for long-term challenges, Indonesia has to fight preventing terrorism, to improve education, to consolidate democracy after a period of four decades of authoritarianism, to stem corruption, to implement financial and economic reforms, to reform the criminal justice system, and to hold the police and military accountable for human rights violations. Indonesia is also notorious for stolen credit card fraud, usually with tourists as their victims.

This is an interesting video that takes a look at urban poverty in Jakarta, Indonesia.