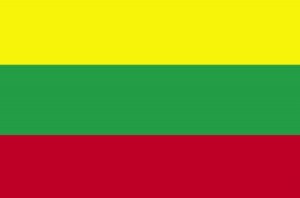 Lithuania, officially known as the Republic of Lithuania, is a country situated in Eastern Europe, bordering the Baltic Sea, between Latvia and Russia. With a total surface of 25,212 square miles, Lithuania is slightly larger than West Virginia. By land mass, Lithuania is 123rd largest country in the world. Lithuania’s population in 2013 is approximately 3,500,000 people and it has a density of 141.2 inhabitants per square mile, making it the 132nd most populated nation on Earth. Vilnius is the capital and the largest city in Lithuania, with a population of about 838,000 people and a density of 3,605 inhabitants per square mile. 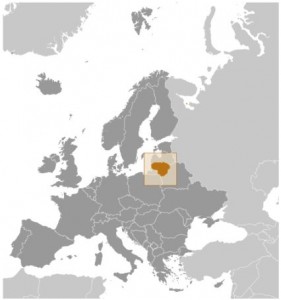 Even though present day Lithuania is not one of Europe’s largest countries, by the end of the 14th century it was the continent’s largest country and included present-day Belarus and Ukraine. In 1386, Lithuania and Poland were ruled by the same person and in 1560 the two nations united into a single dual state, the Polish-Lithuanian Commonwealth, which lasted until 1795. On 11 March 1990, Lithuania was the first of the Soviet republics to declare its independence. On the other hand, Moscow recognized Lithuania’s independence only on September 1991 and the last Russian troops withdrew from the country in 1993.

The ties between Russia and Lithuania were irrevocably cut in the spring of 2004, when the Baltic country joined both The North Atlantic Treaty Organization (NATO) and the European Union (EU). Today, Lithuania is a parliamentary democracy, ruled by President Dalia Grybauskaite and by Prime Minister Algirdas Butkevicius. 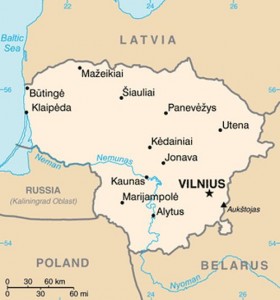 With a total surface of 25,212 square miles, Lithuania is the largest of the three Baltic states – Estonia, Latvia and Lithuania. Bordering Latvia to the north, Belarus to the east and south, Poland to the south, and Kaliningrad Oblast, a Russian exclave, to the southwest, Lithuania is divided into 10 counties. The climate is transitional, between maritime and continental, with wet, moderate winters and summers. The terrain consists mainly of lowland, many scattered small lakes and fertile soil. The fertile central plains are separated by hilly uplands that are ancient glacial deposits. The lowest point in Lithuania is the Nemunas delta (−4.3 feet), in the Baltic Sea, and the highest peak is Aukstojas (965 feet). Lithuania’s natural resources are peat, arable land, and amber. However, it has a dangerous environmental issue: the soil and the groundwater are contaminated with petroleum products and chemicals at military bases. Due to this problem, Lithuania is party to several international agreements intended to help with  Desertification, Air Pollution, Environmental Modification, Endangered Species, Biodiversity, Law of the Sea, the Climate Change-Kyoto Protocol, Ozone Layer Protection and Hazardous Wastes. 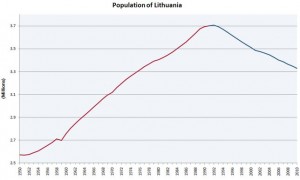 Lithuania has a total population of 3,515,858 people and a density of 141.2 inhabitants per square mile, according to an August 2013 estimate provided by CIA World Factbook. By population, Lithuania is the 132nd most populated country on Earth. The last census of the Lithuanian population took place in 2011 and showed a total population of 3,043,429 people. This means that between 2011 and 2013 the number of people increased with 472,429 people. As of 2013, the Lithuania’s population growth rate is negative (-0.28%). As stated as well by the CIA, the degree of major infectious diseases is intermediate. However, vector borne disease like tick-borne encephalitis is thought to be a problem in Lithuania. Life expectancy of the total population is of 75.77 years, 70.96 years for males and 80.84 years for females. Birth rate is of 9.36 births/1,000 population, death rate is of 11.48 deaths/1,000 population, and sex ratio of the total population is 0.89 male(s)/female. In accordance to a Eurostat projection, Lithuania’s population will reach 2,977 in 2035 and 2,676 in 2060. 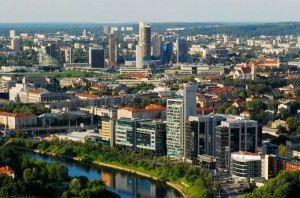 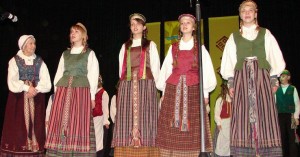 Lithuanians are the dominant ethnic group in Lithuania, accounting for 84.1% of the total population, according to a 2011 census. Other important ethnic groups are Poles (6.6%), Russians (5.8%), Belarusians (1.2%), Ukrainians (0.5%), Jews (0.1%), Tatars (0.1%), Germans (0.1%), Romani (0.1%), Latvians (0.1%), and others/unspecified (1.3%). Another census that took place in 2009, states that there were 84% Lithuanians, 6.1% Polish, 4.9% Russians, 1.1% Belarusians, and 3.9% other or unspecified. Moldovans, Georgians, Armenians, Azerbaijani, Estonians, and Karaites are other ethnic minority groups. However, there is another ethnic group in Lithuania, the Samogitians, which doesn’t appear in the census results because people did not have the option to choose for the Samogitian ethnicity. 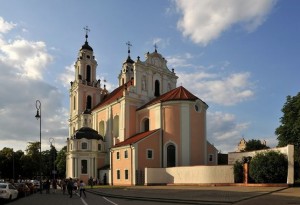 Although Lithuania was the last pagan country in Europe, Christianity is now the dominant religion in Lithuania. As of the 2001 census, 77.2% of the total population is Roman Catholic, 4% is Orthodox Believer, 0.77% is Old Believer, 0.56% is Evangelical, 0.2% is Evangelical Reformed, 0.1% are Jehovah’s Witnesses, and 0.8% is Sunni Muslim. 9.5% of the Lithuanians don’t have a religion, while 5.4% did not indicate a religion. On the other hand, a 2005 Eurobarometer Poll revealed that 49% of the Lithuanians “believe there is a God”, 36% “believe there is some sort of spirit or life-force”, while 12% “do not believe there is any sort of spirit, God, or life-force”. 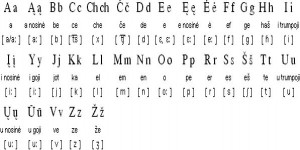 The official and the dominant language in Lithuania is Lithuanian, one of only two living languages (aside from Latvian) from the Baltic branch of the Indo-European language family. Lithuanian is spoken by 82% of the total population, as stated by the 2001 census. The next most used languages are Russian, spoken by 8% of the Lithuanians, Polish, spoken by 5.6%, and other languages, which are spoken by 4.4% of the population, including Yiddish. English is the first foreign language taught in Lithuanians school, followed by German and, in some schools, French, Polish or Russian. 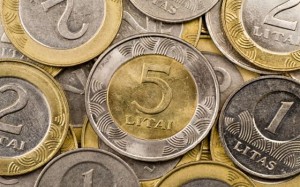