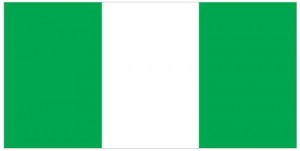 Nigeria, officially known as the Federal Republic of Nigeria, is a federal republic located in West Africa. The country that comprises 36 states states and a Federal Capital Territory (Abuja) is bordered by Niger to the north, Chad and Cameroon on the east, and the Republic of Benin in the west, while its southern coast lies on the Gulf of Guinea. Nigeria is Africa’s most populous country With a total population of 174.5 million and ranks seventh in comparison to the world. By total area, Nigeria is the Earth’s 32nd largest state with 356,667 square miles, which translates into a density of 489.3 people per square mile. Nigeria’s capital city is Abuja, while its largest and most populous metropolis is Lagos. 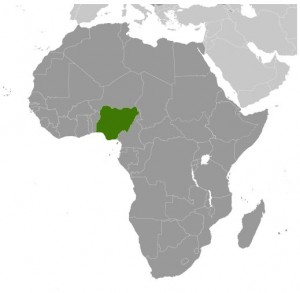 The oldest traces of human settlement in Nigeria dates back to the 9th century (though humans no doubt lived in Nigeria thousands of years before this), when the central part of the country was inhabited by the Nok people. The territory was divided between several kingdoms, such as Ife, Oyo or Nri, starting with the 10th century, while the 16th century brought the first Spanish and Portuguese explorers in Nigeria. The African nation became a British colony in the 19th century and a British protectorate and part of the Empire in 1901. As nationalism started growing in Africa after World War II, Nigeria also started demanding independence and eventually became a republic in October 1960. Sudden political upheaval led to several back-to-back military coups in 1966 and the Nigerian Civil War began a year later, after the Eastern Region declared independence as the Republic of Biafra. The war ended after 30 month, in January 1970, as estimates claim that between one and three million people died in the conflagration, many from disease and starvation.

Nigeria’s political struggle continued in the 1970s through the 1990s, when the country was led by several military juntas that gained power through violent coupes. Nigeria joined OPEC (Organization of the Petroleum Exporting Countries) during the oil boom of the 1970s, but the huge revenue led to corruption within military administrations, failing to build economic stability. Nigeria returned to democracy in 1999 when Olusegun Obasanjo was elected, replacing General Sani Abacha, who was found dead a year earlier. The country is now led by President Jonathan Goodluck, elected in 2011, and Vice President Namadi Sambo. Despite showing signs of improvement, Nigeria is still plagued by excessive political corruption. Nigeria is a member of the Non-Aligned Movement, the International Criminal Court, and the Commonwealth of Nations. 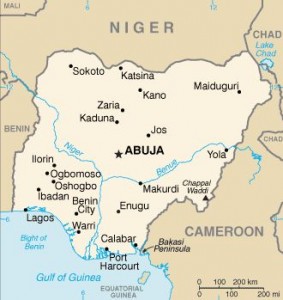 Located in western Africa, Nigeria has a total area of 356,669 square miles – about twice the size of California – making it the world’s 32nd largest country. It is bordered by Niger to the north, Chad and Cameroon on the east, the Republic of Benin in the west, and the Gulf of Guinea to the south. It shares a 2,515-mile border with its neighbors and has a coastline of around 530 miles. The country is divided into 36 states and one Federal Capital Territory, which are further sub-divided into 774 divisions called Local Government Areas. Nigeria has a varied landscape with tropical rainforest in the far south, coastal plains in the southwest and southeast, salt water swamp, fresh water swamp, and rain forest. The highest point in Nigeria is Chappal Waddi at 7,936 feet, while main rivers are the Niger and the Benue River, both of which and empty into the Niger Delta, one of the world’s largest river deltas. 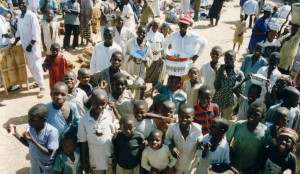 With a population of 174,507,539 people (July 2013 estimate by the CIA World Factbook), Nigeria the world’s 7th most populous nations. The most recent census, which was carried out in 2006, revealed that 140,431,790 people lived in Nigeria, which means the country’s population grew by 24 percent in seven years. In fact, demographers claim Nigeria will become the fifth most populous nation on Earth by 2070, surpassing Indonesia and Brazil. Current estimates indicate that Nigeria has a population growth rate of 2.54 percent – bigger than India’s, the world’s second most populous country – a birthrate of 38.78 births/1,000 population and a death rate of 13.2 deaths/1,000 population. Life expectancy, however, is one of the lowest compared to other countries – 49.35 years for males and 55.77 years for females, which translates into a population total of only 52.46 years. Sex ratio is estimated at 1.06 males/female, while net migration rate is -0.22 migrants/1,000 population. 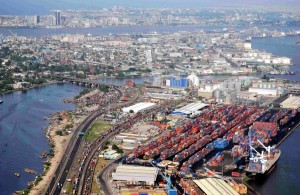 The largest city in Nigeria is Lagos, with a metropolitan area population of 7.9 million and a total population of 17.5 million. New estimates, however, claim Lagos’ population is now at 21 million, making it the largest city in Africa, though officially that title is still retained by Cairo, Egypt. Lagos, a former capital city between 1914 and 1991, is Nigeria’s most important economic center and has one of the highest standards of living compared to other cities in Nigeria and Africa alike. The country’s current capital city is Abuja, whose metropolitan area is inhabited by about 3 million people. Other big cities in Nigeria are Kano (3.5 million), Ibadan (3 million), Port Harcourt (1.9 million), Kaduna (1.6 million), Benin City (1.4 million), and Zaria (1.1 million). 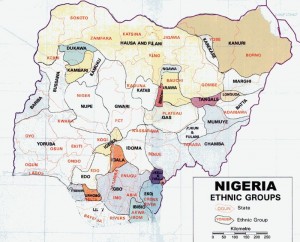 Nigeria, a country of rich ethnic diversity with varying languages and customs, is home to more than 250 ethnic groups. The largest of them are Hausa/Fulani – 29 percent, while Yoruba – 21 percent, and Igbo (Ibo) – 18 percent. Next by number of people are Ijaw – 10%, Kanuri – 4%, Ibibio – 3.5%, and Tiv – 2.5%. Edo, Ebira, Nupe, Gwari, Itsekiri, Jukun and other minorities comprise 12 percent of the total population. There are also small minorities of British, American, East Indian, Chinese, white Zimbabwean, Japanese, Greek, Syrian and Lebanese immigrants in Nigeria. 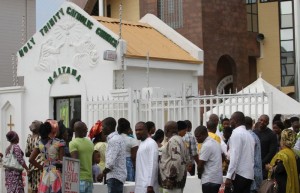 As with ethnic groups, Nigeria hosts a variety of religions, although Islam and Christianity are popular among 90 percent of the inhabitants. According to the CIA World Factbook, 50 percent of the population is following Islam, 40 percent are Christians, while 10 percent believe in traditional and other minority religions, including Hinduism, Judaism, Baha’i Faith, Chrislam, Hare Krisha, and Eckankar. On the other hand, a 2012 estimate says religions in Nigeria are as follows: Christianity – 49.3%, Islam 48.8%, others 1.9%. According to the 2013 Yearbook of Jehovah’s Witnesses, over 344,000 of their membership worship peacefully in Nigeria. 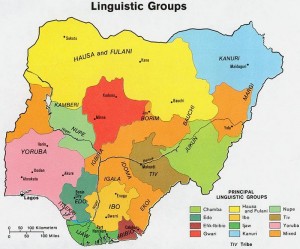 If 250 ethnic groups weren’t impressive enough, then you should know that the number of languages known in Nigeria is an astounding 521, of which two are second languages and nine are extinct languages. The official language of Nigeria is English, which was spoken by a part of the population by the time the country became independent from British rule in 1960.  Nowadays, most of the population speak English and their native language. The most important native languages spoken in Nigeria are Yoruba, Igbo, Hausa and Kanuri. 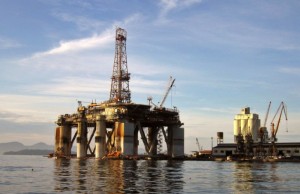 Classified as a mixed economy emerging market with lower middle income status by the  World Bank, Nigeria benefits from an abundant supply of oil which accounts for 40 percent of GDP and 80 percent of Government earnings. Nigeria is the 12th largest producer of petroleum in the world, the 8th largest exporter, and holds the 10th largest proven reserves of crude oil. Nigeria also has one of the fastest growing telecommunications markets in the world and a highly developed financial services sector. By GDP over purchasing power parity, Nigeria ranks 31st in the world with $455.5 billion, while GDP per capita is at $2,800 – 180th in the world. Its main export partners are the United States, India, Netherlands, Spain and Brazil, while most imports come from China, the United States and India.